A mother has been arrested for smothering her 17-month-old baby to death after discovering her boyfriend had cheated on her. 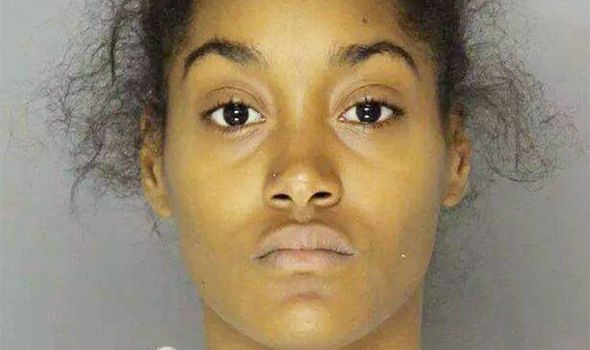 Christian Clark killed her baby son Andre Price III by pressing his face into the bedding of an air mattress. The 21-year-old allegedly tried to kill her two-year-old toddler, Angel, in the same way.

Before sending the video of her baby’s lifeless body to her boyfriend, Clark sent a torrent of shocking messages during a horrifying three-hour rant that around 8.25pm local time.

In one message she wrote: “You better pray for your kids. I’m killing them,” adding a laughing emoji with tears in its eyes.

In another message accompanying a video of their baby’s lifeless body, Clark, from Mckeesport, Pennsylvania wrote: "Ahh, look, Angel is still alive and sweating. Your son on the other hand is not even breathing," Clark can be heard saying on the video, before adding: "I wish I could keep the camera still."

After she sent this video, the young mum maliciously toyed with her boyfriend saying she was not even going to send him the videos.

She said: “I wasn't even gonna send you videos but pretty sure ya son is legit dead so…I’m going to jail either way hope it was worth it.”

According to a police affidavit, Clarke’s boyfriend, Andrew Price Jr said: “Send it to the cops post it to Facebook. I don't care anymore you ruined my life.”

Clarke began to send the vile messages on Tuesday around 8.25pm local time, and continued until 11.12pm when she sent another message saying: “I don’t want these kids here.”

Emergency crews raced to Clark’s home in Hi View Gardens, near Pittsburgh, after Clark called 911 at around 11pm, but the baby boy was pronounced dead half an hour later.