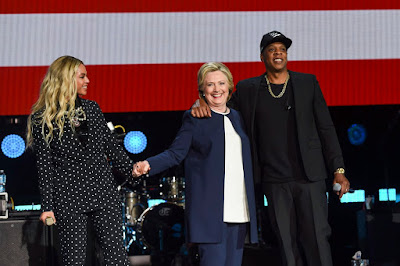 On Friday, Beyoncé performed at a rally in Cleveland for Democratic presidential nominee Hillary Clinton, urging the audience to vote to “create more change.”

After performing “Formation,” Beyoncé took a minute to speak about Clinton’s historic candidacy, referencing a time when “if you were a woman, it did not matter.”

Speaking to the crowd, Beyonce - whose dancers all wore 'I'm with her' T-shirts - said: 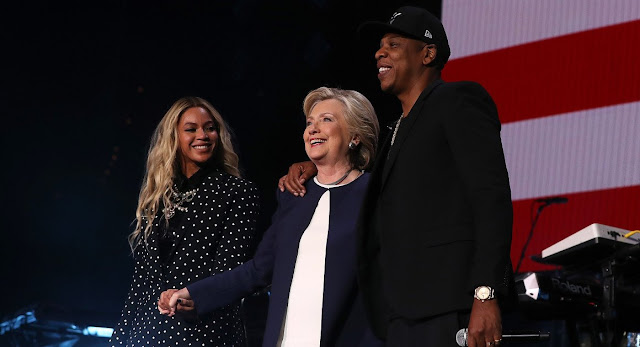 "When I see them, hear this passion and energy and intensity, I don't even know where to begin. Because this is what America is, my friends.""Remember Jay memorably said something we should all recall - Rosa Parks sat so Martin Luther could walk."Martin Luther walked so Barack Obama could run and Barack Obama ran so all the children can fly."Friday's concert was just one of many that celebrities will be headlining in support of Clinton. Pop princess Katy Perry and music legend Stevie Wonder will also all take to the stage this weekend.