A woman, Biola Simon, has been arrested by the police in Lagos State for allegedly defrauding bank customers after giving them fake prophecies in the Dopemu area. 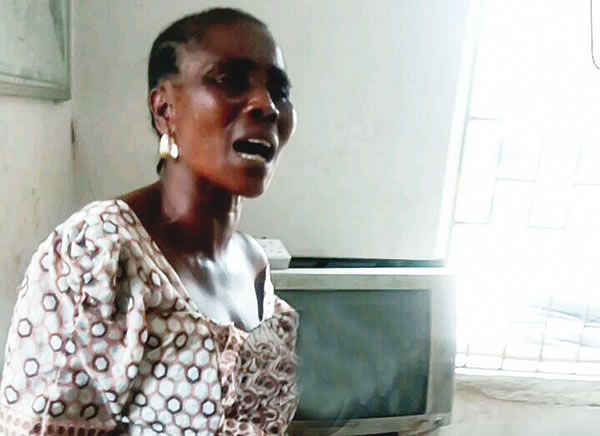 Punch learnt that Simon, who came from Ibadan, Oyo State, was arrested on Thursday by the Dopemu Police Division, after one of her victims reported her to the police.

While the suspect was arrested, it was learnt that other suspected accomplices fled.

Punch gathered that a sum of N150,000, which the woman had allegedly swindled out from her victim, was recovered by the policemen after the arrest.

A police source at the Dopemu division said Simon belonged to a four-member syndicate that specialised in defrauding unsuspecting bank customers in the area through fake prophecies.

“In her statement, she confessed that the syndicate’s mode of operation was to lurk around bank premises, while her role was to accost a bank customer suspected to be with money. The suspect explained that she would pretend that she was new in Lagos and asked for direction from the victim. Simon would subsequently make shocking spiritual revelations about her victim, after which she would advise that a special prayer must be offered for the victim. The next move was to take the victim to a nearby place where the three other accomplices were waiting and they would replace the money withdrawn by the victim with disposable papers, covered with a few naira notes. A man who the suspect tried to swindle on Thursday of N150,000 raised the alarm, and a police patrol team in the area apprehended Simon.”A witness, Rafiu Jimoh, said the policemen had returned the money to the victim.

“The woman dressed responsibly, but she usually begged targeted customers coming out of the bank to direct her to an address. She is believed to use magical powers, as she will thereafter start giving revelations about her victim, luring the person to go for prayers with her. While the purported prayer is going on by the syndicate, the contents of the victim’s bag or purse will be replaced with papers covered with a few real notes. They will thereafter disappear with the money. The woman was arrested on Thursday by a police patrol team, but the three others escaped in a car. The stolen N150,000 was recovered and returned to the victim.”The Lagos State Police Public Relations Officer, SP Dolapo Badmos, confirmed Simon’s arrest.

“The state Commissioner of Police, Fatai Owoseni, has directed that the suspect be charged to court,” she added.