Singer Oritsefemi on Friday, had a fight with some of the bouncers at Quilox Night club in Lagos. His management released a statement stating his own side of the story, saying he was beaten at Quilox nightclub and also claimed the bouncers stole his N8.5m chain. 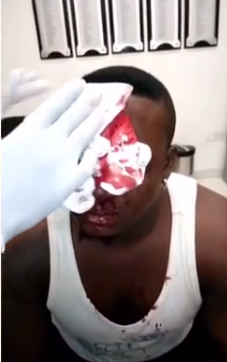 Well, here are photos and an official statement from Quilox regarding the incident. Read after the cut...

"In the early hours of the 12th of November 2016, an unfortunate incident occurred between music act Oritsefemi and a member of the security team at Club QuiloxThe incident started at about 2am Saturday morning when Oritsefemi came into Quilox without prior reservations or table bookings. It is important to note that tables are allocated to customers who have made prior paid table bookings in advance of their arrival except such customer is a patron or member of the club and tables are allocated according to availability in such case. However Oritsefemi who did not fall into any of the categories above approached a patron and after pleading was accommodated on patrons table, but with the understanding that other guests of the said patron were still been expected to join the table shortly which Oritsefemi agreed to. It is important to note that this is a table that could only accommodate a maximum of six people. In a surprising turn of events, Oristsemi who was drinking from the patrons bottle, threw caution to the wind by attempting to sit eight of his guests at the table, the surprised Patron strongly rejected such effrontery and invited the bouncer guarding the floor to intervene .The bouncer politely approached Oritsefemi and told him that the Patron who owned the table did not want any of Oritsefemi’s guest joining in as the patrons guests were still being expected. However Oristefemi in a fit of unprovoked rage slapped the bouncer then proceeded to breaking a glass in his hand and stabing him in the eye. Despite his position or the power he thinks he has as a celebrity, this is not an excuse for inflicting grave bodily harm on another human being. The scene quickly became rowdy as other customers rushed to the table and confronted the artist for his violent behavior, our security team quickly stepped in to salvage the situation by carrying Oristefemi out of the club while other members of staff focused on giving First aid treatment to the bouncer who almost lost his eye and had already lost so much blood. Oristefemi faced by an enraged crowd outside and perhaps realizing the gravity of his offense pretended to collapse. The artist and the bouncer were subsequently rushed to a nearby hospital. The bouncer affected insisted on pressing charges as thus he and Oritsefemi went from the hospital Bar Beach police station, where Oritsefemi accepted his offense and pleaded for mercy, he was granted bail at 12pm on the 13th of November and advised to report back to the station on Tuesday 15th of November 2016. We were hesitant to release a press statement as several well meaning people have attempted to intercede on behalf of the artist but after his malicious and grossly false account of the events that occured, it is only fair that we defend the integrity and ethos of our organization. 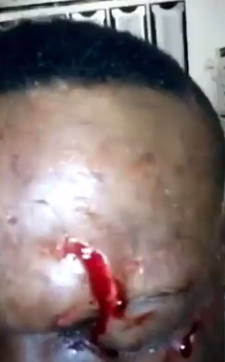 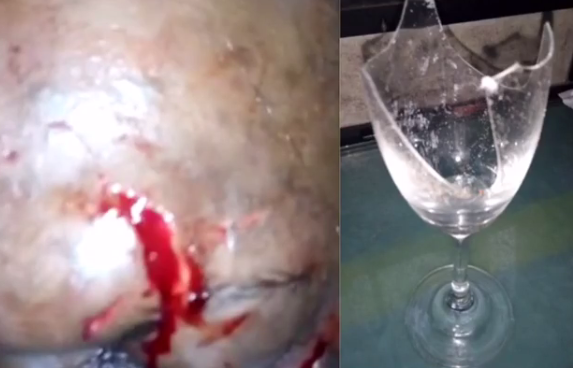