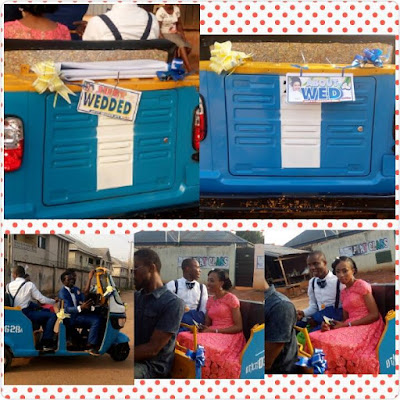 Gushing about the moment, a friend to the couple Ijeoma Uba wrote:

He's handsome. He's polished. His middle name is Suave. On radio, he's your fantasy. He decided to take a wife. A young, pretty, God-fearing wife. Onyinye appeared from Imo State and begged not to be entreated to leave him. Austine Okorodudu the toastmaster. November 12th, 2016. The day for his people to become Onyi's people. He already shared God with her. We all waited. Like the toastmaster he is, never believing in strict societal stereotypes, Austine decided to ride on a tricycle (kekenapep) to Redeemed Christian Church of God Unity Parish, Asaba where he would be joined with his soul mate. His missing rib is to be fixed back and he needed all the fresh air in the world. Austine and his best man Prince Richards dazzled the congregation when they both cruised to the church premises with little Groom Dumebi;  Keke-Oxygen abi! That wasn't the icing. Joined as one, Austine with his better half, set the major roads of Asaba,  Delta State capital agog when he shunned all the exotic cars in his convoy again. He took his beautiful Onyinye home in keke-napep. He had at least ten SUVs that could have taken them home but he preferred them riding behind. People took photographs of the couple as they rode the streets. Tricyclists voluntary joined in the convoy in wild excitement to show solidarity. What informed this showbiz guy's decision? "Your Radio Fantasy" as he's fondly called by his audience, said he wanted something out of the ordinary. He was tired of seeing people ride in posh cars on their wedding days. In fact, he actually wanted to take his bride to church on a horse but for the strict rules of the Church, prohibiting such and the fact that he couldn't still get one for their journey back home. Sweet sight it was to behold as the newest couple rode through the streets entertaining people with their beautiful sights on their special day. Austine is indeed your fantasy! Will Onyinye join? Yes, she's already nursing people back to good health. Happy married life to the sweet couple..... 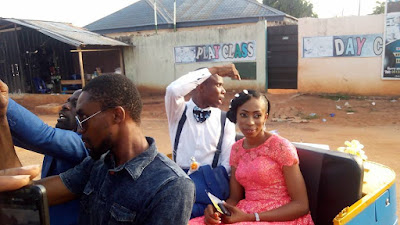 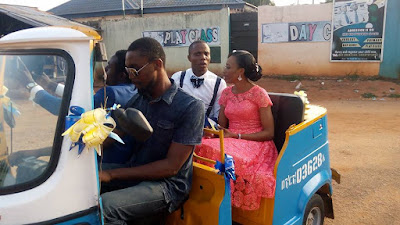 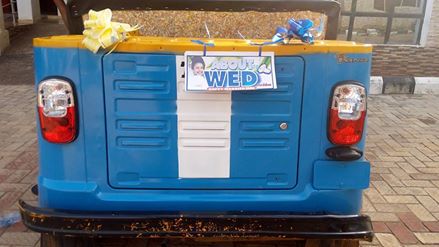 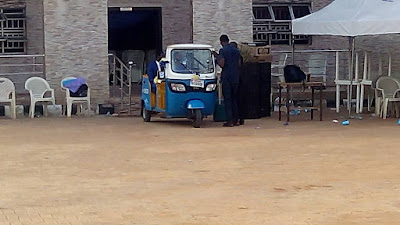 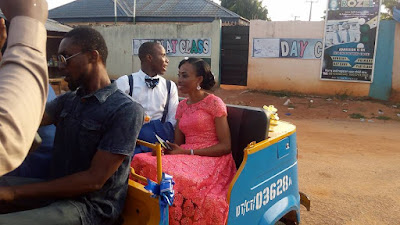 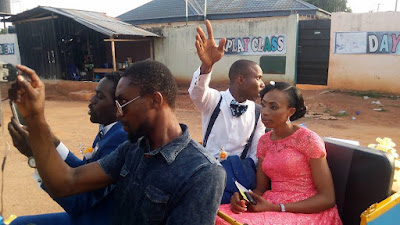 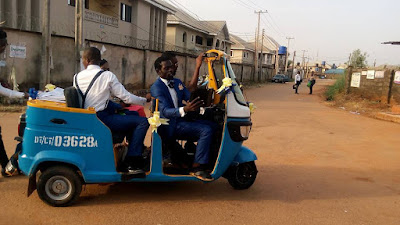 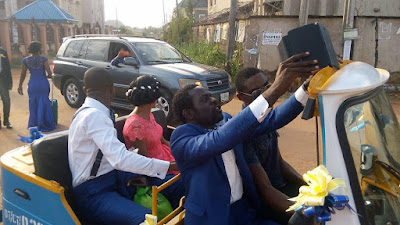 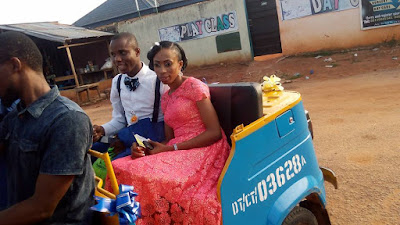 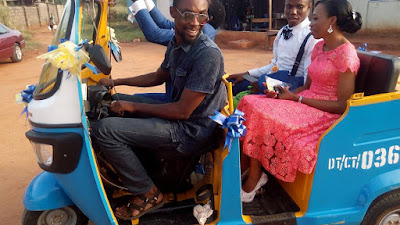 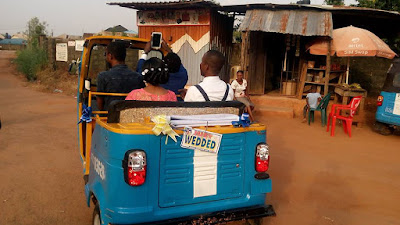