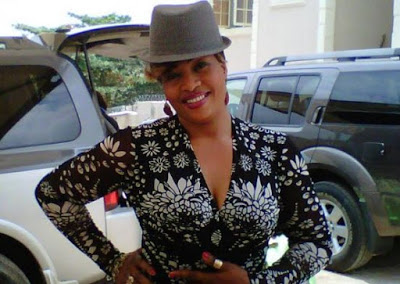 Yoruba actress Aisha Abimbola shared her experience in life and in the movies. A brief excerpt:

Acting: I believe I was destined to become an actress because I never planned to become one. It happened that while I was still a student at the Lagos State Polytechnic, popular actor and director, Antar Laniyan, and some other actors, came to shoot a movie scene on campus. I recollect that it was a Wale Adenuga production. I walked up to him and told him I was interested in becoming an actor and the rest is now history.

I started with Papa Ajasco by Wale Adenuga Productions. In addition, I featured in So Wrong, So Wright, This Life, The Valley Between, and some others. I also produced my own movie titled T’omi T’eje, which was inspired by my National Youth Service Corps experience. For one reason or the other, some corps members, who enlisted for the scheme at the same time that I did, were unable to complete the programme. The essence of the movie that I produced was to draw attention to some of the challenges corps members face during their service year.

There’s tribalism in the industry. Most Igbo producers are more comfortable working with their Igbo folks. It is even the Yoruba actors that go after Igbos as long as the person can interpret the role.

Because my mother died when I was a little girl, I make sure that I discuss with my children all of the time. I also encourage them to see me as a friend because my mum was quite strict.

Style to me means looking good without going nude.