Minister of Sports and Youth Development, Mr. Solomon Dalong on Thursday said that government has not been able to pay the allowances of the Super Falcons because their victory in Cameroon was not expected,Vanguard reports. 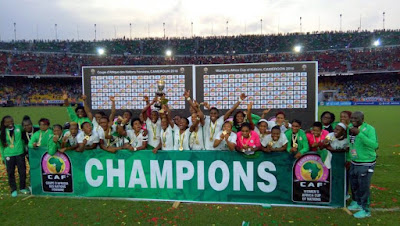 Recall that the team on Saturday won the 2016 African Women Cup of Nations but had not been paid their allowances.

Speaking to State House Correspondents after a private meeting with President Muhammadu Buhari at the presidential Villa, Abuja, Dalong said that there was no money readily available to pay them.

He however said that efforts were being made to find solution to the matter.

He said: “It is unfortunate that we are celebrating victory of the Super Falcons amidst some bitter feelings among the players because of some administrative lapses that were not managed properly because if the situation was explained to these girls, I don’t think the situation would have gotten to this level.  They have stamped their authority and dominance over football in the continent, having consistently won the trophy eight times. After the girls came back from Cameroon, we had launched with them and they were in high spirits, the communication gap in trying to convey the situation to them could have been what led to it."