The boss of the Chapecoense airline crash has been locked up in jail and could face 71 charges of manslaughter. 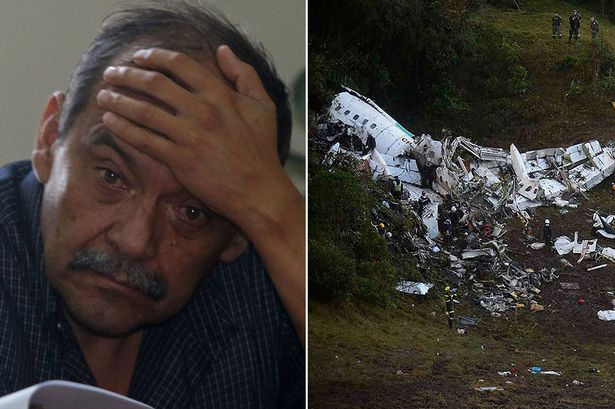 Gustavo Vargas, who owns La Mia airlines, will be held in custody as authorities in Bolivia consider whether to prosecute him.

One of LaMia's jets crashed into a Columbian mountainside after running out of fuel just five miles before its destination.

Seventy-one people on board, including the Brazilian football team players, staff, and a group of journalists, were killed. Only six people survived.

The British-made jet was right at the edge of its fuel capacity when it made the journey from Bolivian to Medellin where Chapecoense were due to compete in the Copa Sudamericana final.

But another plane was given priority as the flight arrived and it was asked to circle by air traffic control.

Moments later, the pilot Miguel Quiroga declared "total electrical failure" on board, confessing that there was "no fuel".

On Thursday a judge ordered that Mr Vargas be held in custody to face possible a number of possible charges including manslaughter.

He accused authorities of having lied about his actions since the crash saying: "I've blamed myself, it would have been easy to run away and disappear."