Gambian leader Yahya Jammeh has rejected the result of the presidential election held earlier this month, a week after admitting defeat. 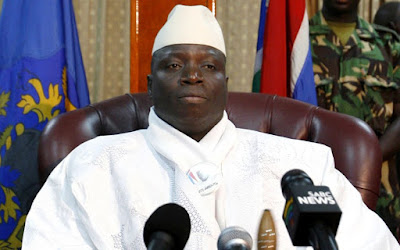 Speaking on state TV, Mr Jammeh cited “abnormalities” in the vote and called for fresh elections.

Mr Jammeh, who came to power in a coup in 1994, suffered a shock defeat to Adama Barrow, who

“This action is a reprehensible and unacceptable breach of faith with the people of The Gambia and an egregious attempt to undermine a credible election process and remain in power illegitimately,” said state department spokesman Mark Toner.

Mr Barrow, a property developer, is due to take office in late January. Mai Ahmad Fatty, the head of his transition team, told Reuters they were “consulting on what to do”, adding: “As far as we are concerned, the people have voted. We will maintain peace and stability and not let anyone provoke us into violence.”

The Gambia is the smallest country on mainland Africa, with a population of fewer than two million.

Mr Jammeh said that he now rejected the results of the election “in totality”.

“After a thorough investigation, I have decided to reject the outcome of the recent election,” Mr Jammeh said.

“I lament serious and unacceptable abnormalities which have reportedly transpired during the electoral process.

“I recommend fresh and transparent elections which will be officiated by a God-fearing and independent electoral commission.”