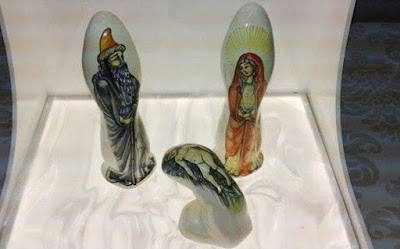 Virgin Mary launched a boycott on the store.

He also received what looks like a death threat. 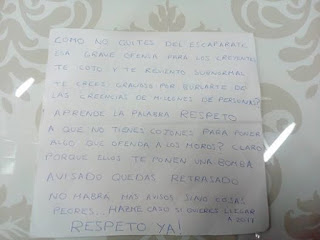 Roughly translated, that reads: "If you don't remove this display, this serious offence against believer, I catch you and blow you up subnormally. Do you think it's funny to mock the beliefs of millions of people? Learn the word RESPECT. That you don't have the balls to offend the Moors? Of course because they would put a bomb on you and tell you when it's too late? There will be no more notes only worse things. Make my case if you want to make it to 2017. RESPECT ALREADY." In an effort to gauge people’s thoughts, Non Sit Peccatum temporarily removed the items, replacing them instead with a poster asking passersby to vote on whether or not he should reinstate it.