My Husband Took Me To The Hospital And Connived With The Doctor To Remove My Womb, Wife Tells Court


A 55-year-old trader, Mrs Saidat Abu, on Thursday told an Igando Customary Court in Lagos that her husband was a flirt who impregnated her younger sister on two occasions. 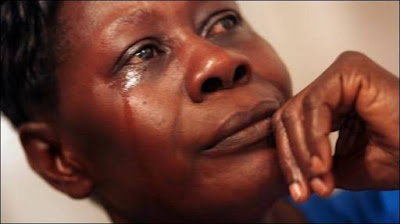 She said this while responding to a suit filed by her husband, Momodu, alleging threat to his life by his wife.

Saidat, who alleged that her husband did not only commit adultery but incest, said,

“My husband was having an affair with my sister, he impregnated her and aborted the pregnancy on two occasions.I decided not to fight him in order to save my marriage.”

The mother of two also described her husband as a wicked and callous man.

She said, “My husband took me to the hospital and connived with the doctor to remove my womb so that I will not be pregnant again. After destroying my womb, he is now telling me that he wants to marry another woman so that he can have a son that will inherit his property. He also told me he wants to sell our house so that he can settle our daughters and rent an apartment for me before he moves on with his life.”

She, however, begged the court not to grant her husband’s request, saying she was still in love with him.

She said, “Who will marry me now after my husband has destroyed my womb? Please do not grant his request.”

Her husband, a 60-year-old businessman, had approached the court to end his 33-year-old marriage over his wife’s alleged fetish act.

He said, “My wife is fetish; I came back from work one day and discovered a portion in my compound was cemented. “I was curious to know what was buried in the ground, so I called my people and we dug the ground and saw a charm buried there. “My wife wanted to kill me so that she can inherit my property.”

The petitioner presented as evidence pictures of the buried charm.

Momodu also said that his wife does not cook or wash his clothes.

He said, “My wife cannot do any house chore; I am married but living like a single man, I can no longer tolerate her.”

He further accused his wife of inscribing “This house is not for sale ” on the wall of his house without his consent.

The petitioner urged the court to terminate the marriage, saying he was fed up.

The court’s president, Mr. Adegboyega Omilola, after listening to the couple, adjourned the case till Feb. 7 for further hearing.