Experts from across the Hunan Provincial People’s Hospital in China gathered to help deliver the unnamed mum’s new arrival. 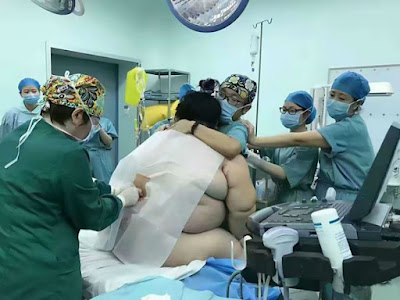 They were needed to stabilise their patient, who weighed 22-stone.

Due to the woman’s weight she suffered a number of complications with her pregnancy that meant doctors were forced to perform a C-section to deliver her baby girl.

The woman’s condition’s included preeclampsia, gestationalA diabetes – which is linked to obesity in mums-to-be – and pulmonary hypertension or raised blood pressure in the arteries that supply the lungs. 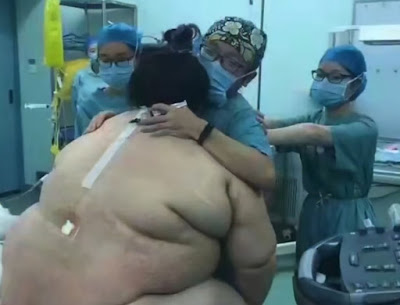 Photos taken in the delivery room show doctors and nurses pulling out all the stops to prepare the mum, from Changsha, capital of Central China’s Hunan Province.

The woman already had one child, and was welcoming her second little one. 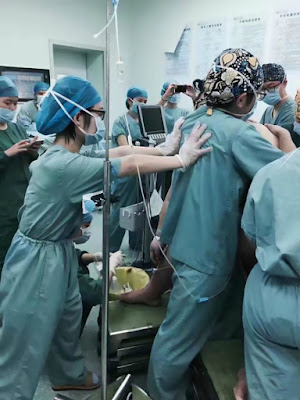 While doctors try to sit her up for her examinations, nurses had to use their body weight to prevent the medics from being crushed, and it appeared to be a rather strenuous experience.

Midwives, as well as experts from the hospital’s obstetrics and gynaecology, anaesthetics and paediatrics departments joined forces for the operation, which was carried out without incident. 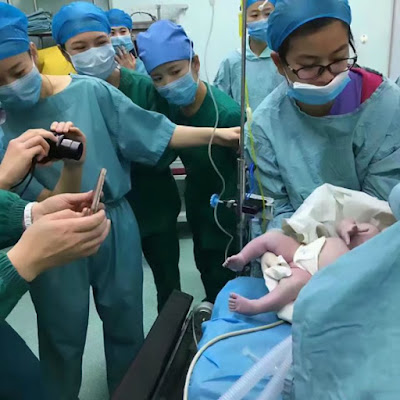 Both mum and child are now healthy and recovering in hospital, thanks in no small part to the 16 medical staff who have been dubbed the “most beautiful angels in white” by netizens on Chinese social media.