'In Kannywood, You Can’t Touch Or Kiss Woman On Set' – Nuhu Abdullahi, Actor


Popular Kannywood actor, Nuhu Abdullahi said this during an interview with TS Weekend in Kano, when he was asked to shed more light on why Kannywood banned actress Rahama Sadau from acting over "immoral" behaviour. 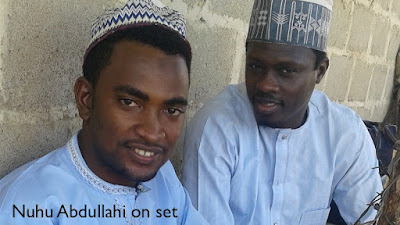 There are rules governing Kannywood; recently one of your actresses was banned from acting for featuring in a video tagged ‘Romantic’.  I also understand that body contact is not allowed in Kannywood films, could you please throw more light on this?

I think our producers or leaders are in the best position to give details on this.

As a professional actor, do you think your religion should come first?

It’s a rule not to touch, hug, or kiss on set. In fact, religion and culture come first in Kannywood. Basically, we are producing these movies for our Muslim brethren, and it’s against the norms and values of our religion to touch or kiss a lady in a movie, so we must abide by it.

So, you’ve not touched or kissed a woman on set?

Yes, you cannot touch or kiss any woman on set.

But it was rumoured that you kissed an actress on set, how true is this?

It’s a rumour. I didn’t kiss any actress on set.

What are the things you feel should be changed in Kannywood?

There is need to restructure Kannywood. We need discipline among leaders and followers in the industry. The case of Rahama Sadau who was expelled still needs to be understood as a leadership issue. So, you have to respect the leadership of the organisation. In addition, when a leadership is going wrong, there should be advisory council to redirect them.

The Kano State Government recently set up a Censors Board, which suspended many actors for drug addiction and alcoholism; how are you coping with this?

As an actor, it’s dangerous to indulge in illegal acts such as fornication and alcoholism. We are the mirror to the world and therefore should live a life worthy of emulation by our fans.

There is speculation that you are one of the highest paid Kannywood actors, how often do you smile to the bank?

(Laughs) Honestly, I have my bosses like Aminu Saira, and Alli Nuhu. They are the highest paid artists.