Photos: Pastor Humiliated After He Failed To Pay For S*x With Church Member Prostitute


Many people watched in shock in Zimbabwe as a pastor was humiliated when the hooker he hired for sex turned out to be one of his congregants who had just joined prostitution. To make matters worse, he failed to pay her. 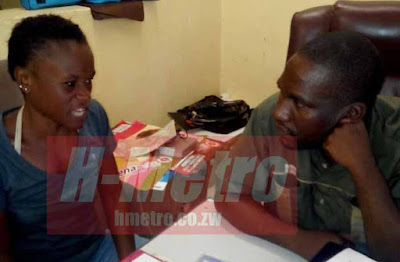 According to H-Metro, all hell broke loose for Pastor Chamunorwa Chamba of Sane Life Ministries International based in Chitungwiza when he failed to pay for the sex services rendered overnight, prompting him to give the hooker, only identified as Shanel, his printer as surety.

Zengeza 2 after agreeing for a one night stand.

“I am failing to make ends meet my brother so I decided to visit Chigovanyika Shopping Centre to hook up with men for sex so as to earn a living,” said Shanel.“It was my first time since I go to church and to my surprise, I met my pastor when I was standing by a dark corner.“Ndakanyara ndikanzwa kutya Mwari but there was nothing I could do since I had agreed with him for US$30. Ndakangoti zvechipfambi zvandiramba.“After reaching my place of residence, he promised to pay me in the morning and I could not deny him since I had recognised him. He was surprised to hear that I know him from church and begged me to keep it as a secret saying he separated with his first wife after she caught him bonking another man.“He disclosed that his second wife is not satisfying him in bed and had plans to separate with her.

“Madzimai eround yatinotamba visited me early in the morning before pastor left my room and I awakened the pastor to give me my money but he only had US$4.“I informed him about the visiting women and he asked me to take them to shops so that he could buy groceries and get cash to pay me.“It was after his bank card failed by the till point when I disclosed why he was at my house to the ladies and he begged me not to disclose our sexual encounter. “He took me to his office where he signed an affidavit form promising to pay my money by the end of the day and he gave me one of his printers as surety,” said Shanel. 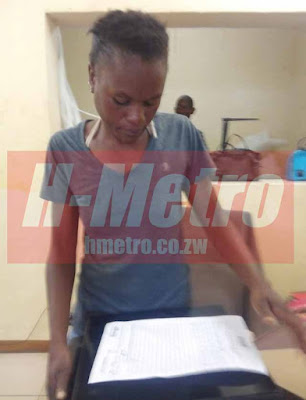 Shanel holding the printerA small crowd witnessed the drama at Pastor Chamba’s office after they learnt from Shanel’s friends that he was paying for sex and people started taking photographs and posted them on social media.

Contacted for comment Pastor Chamba confirmed the incident saying Shanel was spreading falsehoods since he had borrowed money from her.

“I never had sex with her; I borrowed US$30 from her the previous day and I only managed to pay her US$4 as I looked look for more money to pay the balance,” said Pastor Chamba.“She is one of my church followers that is why I borrowed money from her,” said Pastor Chamba refusing to disclose where he met Shanel on the day in question.Source - Hmetro.co.zw