Shamed former Italian leader Silvio Berlusconi has been sentenced to seven years in jail for paying for underage sex with an exotic dancer at his infamous bunga bunga parties. 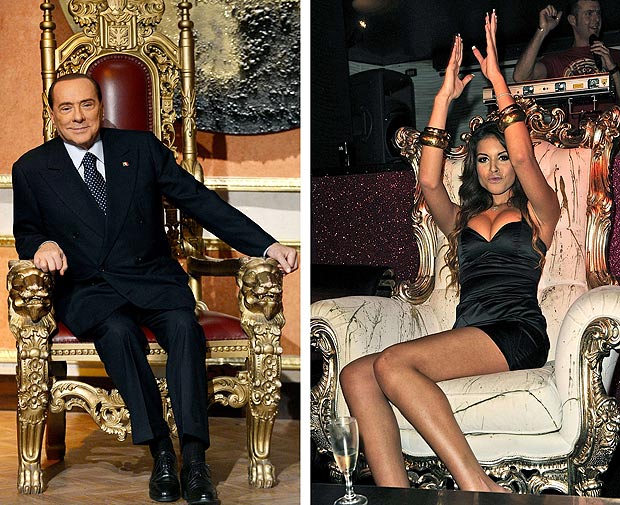 The sleazy ex PM, 76, was convicted of giving cash to a prostitute dubbed 'Ruby the Heartstealer' in return for sex at his villa ¨C then using his influence to try to cover it up.

The ban on holding office could mean the end of Berlusconi¡¯s two-decade political career.

Berlusconi and Ruby the Heartstealer

However, his lawyer immediately announced he would appeal, branding the sentence unjust. There are two more levels of appeal before the sentence becomes final.

The charges stem from his bunga bunga parties in 2010 at his mansion near Milan, where he wined and dined beautiful young women while he was premier. He claims the parties were elegant soirees but prosecutors have branded them sex-fuelled romps that women were paid to attend. 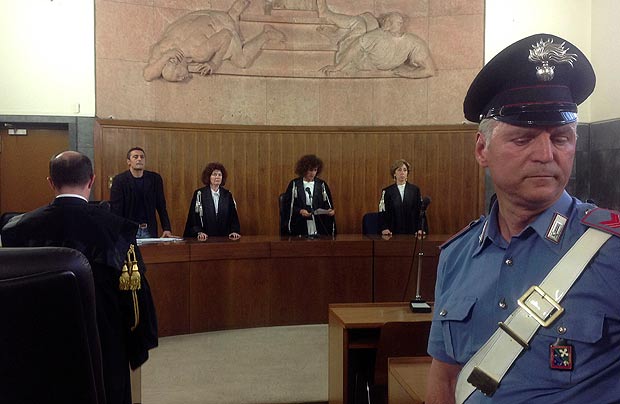 Ms el-Mahroug, now 20, has said that Berlusconi¡¯s disco featured aspiring showgirls dressed as sexy nuns and nurses performing striptease acts, with one woman even dressing up as President Barack Obama.