A 12-year-old boy has been jailed for six months after robbing two shops and mugging a man at knifepoint in a five-month reign of terror. 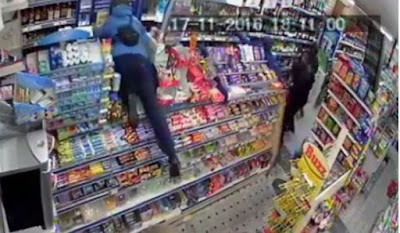 MirrorUK reports that the young boy, who cannot be named for legal reasons, terrorised his victims from June to November this year. But as he was being handed a six-month detention order, he wept in court alongside his mum as he was led to cells.

The victim asked the muggers to give him his phone back as the boy waved the blade at him, shouting "or what?" before making off with his Oyster card when the man snatched his phone back, Barkingside magistrates' court heard.

The out-of-control kid criminal went on to steal sweets from A1 Cash and Carry in Dagenham on October 23 as part of a gang of three. 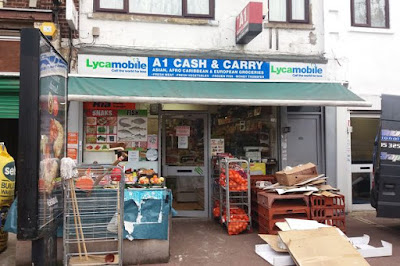 He returned to the same street on November 11 to rob Londis, where he leapt over the shop counter to snatch cigarettes and alcohol.

The nightmare schoolboy was thrown out by shopkeeper Jedanatha Jeyaseelan.

He was captured on CCTV punching him repeatedly in the head as another boy hit him over the head with a bottle.

Another street yob threw a shop sign at stunned Mr Jeyaseelan, who suffered an injured head, as he lay helpless on the floor.

The boy was told by magistrate Myrna Gilbert that he had to be put behind bars.

Ms Duprie said the lack of a father figure in his single-parent home and a criminal big brother had helped to compromise his "previous good character".

She told the court:

"He's a young man, he's a vulnerable young man and it's unfortunate that he's become involved with peers that are much older than himself."None of them [the offences] were pre-planned, they all took place on the spur of the moment.

"He literally went along with what was taking place."Ms Duprie said his mum was "doing her best" to raise her children.

She insisted that the boy, who's now 13, is "remorseful".

"When he was arrested and interviewed for these offences he fully co-operated with the police," said Ms Duprie."He accepts that these are serious matters."The thug admitted three counts of robbery and one of possessing an offensive weapon in a public place.

He muttered "I'm not going to do it again" before receiving a six-month detention order for each count, to run concurrently.