Officers of the National Drug Law Enforcement Agency (NDLEA) at the Nnamdi Azikiwe International Airport (NAIA), Abuja have discovered parcels of whitish substance that tested positive for cocaine inside soles of shoes. 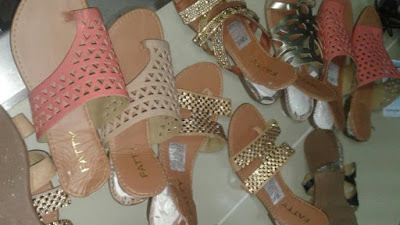 The suspected cocaine, according to a statement released on Monday in Lagos  by the agency’s spokesperson, Mr Mitchell Ofoyeju, weighed 9.150kgs.

“The discovery was made in a shipment of shoes during inward screening of passengers on a Turkish airline flight from Sao Paulo,  Brazil. The cocaine was industrially concealed in the soles of new foot wears. “It was the last arrest of 2016 at the Abuja airport with an estimated value of 3.8 million pounds. There was an arrest at the weekend of a 34- year old suspect, Kingsley Okolo. The suspect who is a motorcycle parts dealer said that he was offered the N1 million to smuggle the drugs to Nigeria. Investigation is on going and the suspect is cooperating with our team of undercover officers,”  Ofoyeju said.He also quoted the chairman of the NDLEA, Mr Muhammad Abdallah, as saying that  the huge profit derived from drug trafficking has made it a top priority for drug cartels to be financially incapacitated.

“We must continue to take deliberate steps to intercept drugs and ultimately prevent the criminal enrichment of drug cartels.“Illicit drug proceeds negatively affect economic development and could be used to corrupt government officials and fund terrorism thereby subjecting mankind to widespread destruction,” Abdallah stated.Abdallah also commended the arresting officers describing the seizure as one of the benefits of training.

The NDLEA boss said the suspect will soon be charged to court.