US Based Couple Died Of Generator Fume, Not Food Poisoning By Brother


It was reported yesterday that a Liberian couple based in Minnesota lost their lives after they returned home for Christmas and allegedly ate poisoned food served by their brother. 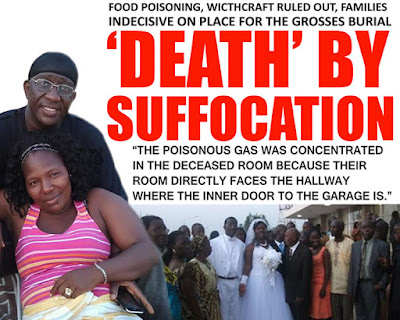 FrontPageAfrica has authoritatively gathered from family and investigative sources that the death of the couple whose remains were found on December 25, 2016, their wedding anniversary day, at their Chocolate City residence in Monrovia, was a result from asphyxiation, secondary to carbon monoxide.

A family source informed FrontPageAfrica that they were informed by the Dr. Christopher Chinedu Obiorah, an Anatomical Pathologist from Nigeria, who conducted autopsy on the remains of Lawrence and Shelly Gross that he discovered that their remains had swollen brains which is consistent with carbon monoxide inhalation. .

Corroborating the preliminary autopsy report, FrontPage Africa also gathered from Police sources that a 1.5 KVA Ruina gasoline generator was placed in the garage of house to provide electricity for an air condition that was being installed in the guest room of the house where the Gross stayed.

According to a Police source, the garage in which the generator was placed did not have an opening for the smoke to exit; as a result the smoke circulated in the house.

“The poisonous gas was concentrated in the deceased room which faced directly across the hallway where the inner door to the garage is located.

The house’s windows too are air tight so ventilation was very poor in the house. You see, the thing about carbon monoxide is that it is odorless, tasteless and colorless. It is very difficult to detect and it’s very dangerous.  The sad thing was that there was no exhaust pipe connected to the generator for the smoke to exit the building,” the Police source said. Also writing on Gofundme, their son, said: "On December 23rd, Lawrenece and Shelly Gross Left Minneasota for Liberia to go celebrate their  wedding anniversary, which fell on December 25th. Unfortunately instead of this day being a day of celebration it became a day of tragedy. It was announced on Xmas Day they were found dead in their room from the suffocation of generator smoke." 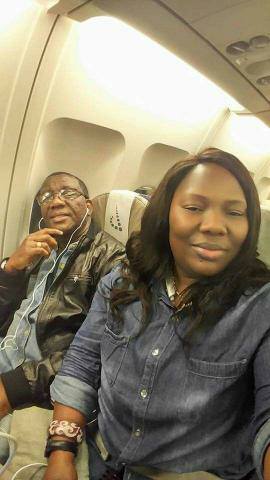