Nobel laureate, Prof. Wole Soyinka, has warned that religion will kill Nigeria if it is not tamed. 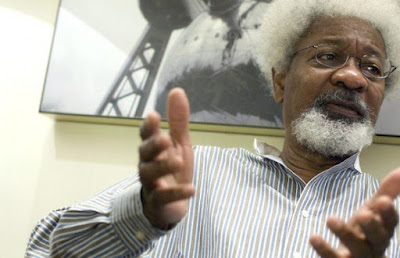 Speaking in Abuja on Thursday at the presentation of a book, Religion and the Making of Nigeria, written by Prof. Olufemi Vaughan, the Nobel laureate imagined what the world would be if religion had never been invented and condemned killings in the name of religion saying he wondered how any rational being could attempt to justify homicide  as an act of devotion.

If we do not tame religion in this nation, religion would kill us.“I do not say kill religion, though, I wouldn’t mind a bit if that mission could be undertaken surgically, painlessly perhaps, under anaesthesia, effectively sprayed all over the nation or perhaps during an induced pouch of religious ecstasy.“However, one has to be realistic. Only the religiously possessed or committed would deny the obvious.  The price that many have paid, not just within this society but by humanity in general, makes one wonder if the benefits have really been more than the losses.”Can one think of any landscape without religious architecture?Many Nigerians have paid the ultimate price because of religion and religion is now embedded in our society. In this very nation, in Southern Kaduna, over 800 souls were brutally extinguished suddenly while the issue of grazing land versus farming is unquestionably part of the conflict. It is equally undeniable that religious differences have played crucial role in the conflict.The innocent ones are the ones who often pay the ultimate price in religious crisis. Even religious leaders cannot denounce the murdering acts of religion. Religion now induces trauma and anxiety instead of solace that it claims to give. Religion is the ironic product of human inadequacy.There is a monster always waiting to pounce on innocent Nigerians under the name of religion,” he added.