African Refugee Drowns In Venice As Tourists Film, Laugh And Made Racist Comments


Scores of tourists watched an African refugee drown in Venice’s Grand Canal as onlookers filmed him on their phones, laughed and made racist remarks. 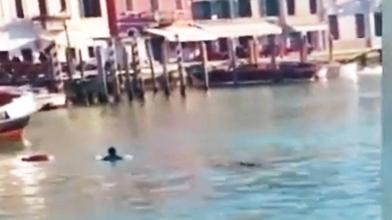 According to TheTimes.co.uk; as the 22-year-old Gambian, named Pateh Sabally, bobbed up and down in the icy waters of the city’s main waterway, someone shouted:

“Go on, go back home.” In one video shot on a mobile phone and released on Italian websites, an unseen man yells “Africa” at the refugee and implores passengers on a passing water bus to throw life belts as Mr Sabally raises

his arms in the air before sinking.

Three lifebelts were thrown to him, but after rising to the surface, the man made no effort to reach them, prompting suggestions that he was committing suicide. 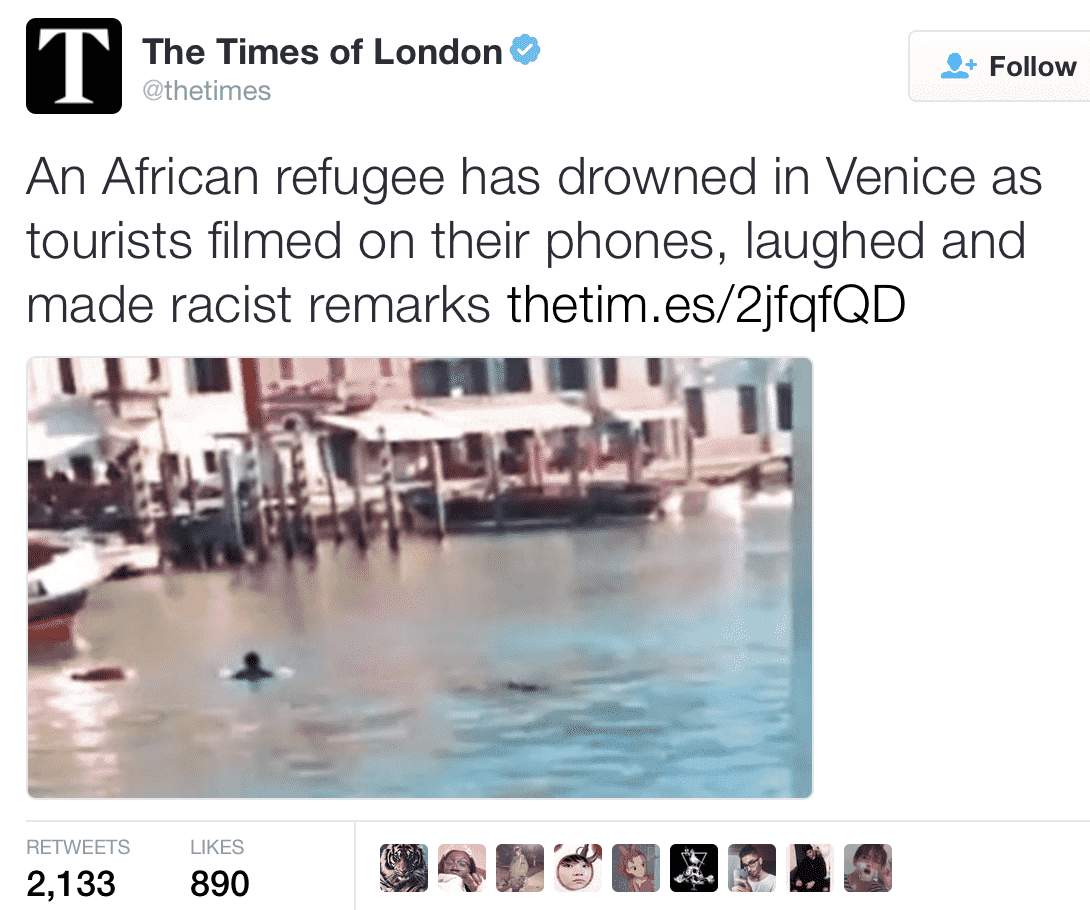