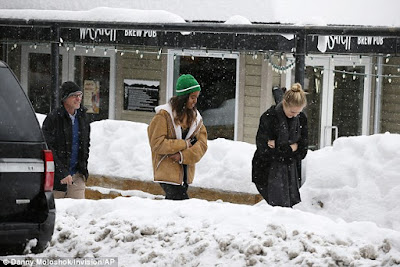 The 18-year-old girl, who will be in Havard later this year, was among approximately 100 people who took to Main Street at the Sundance Film Festival while it was still snowing, to show their dissatisfaction with President Trump's decision to move ahead with the controversial transport 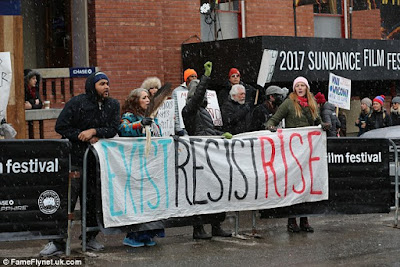 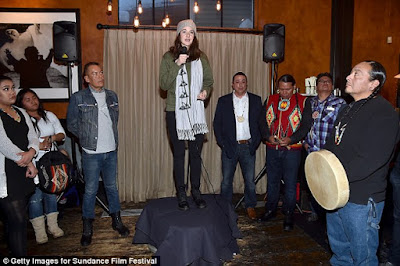 It was however, Shailene Woodley, who has been campaigning for the cause using her celebrity status, that told Democracy Now, that Malia was part of the protesters.

'It was amazing to see Malia. I saw her last night when we did the event with Chairman Dave Archambault. And it was incredible to see her there,' said Woodley, 25, when asked about the former first daughter's very public support of the cause.She went on to say:

'Also, to witness a human being and a woman coming into her own outside of her family and outside of the attachments that this country has on her, but someone who’s willing to participate in democracy because she chooses to, because she recognizes, regardless of her last name, that if she doesn’t participate in democracy, there will be no world for her future children.'