A Twitter user named @ShoesandKush has sparked outrage online after he shared explicit photos of a fellow man he drugged and raped. 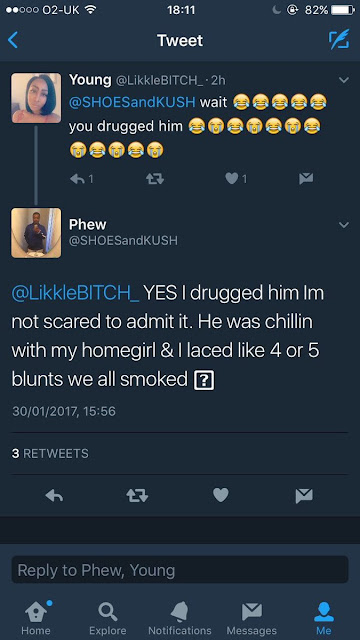 According to ShoesandKush, his victim, a straight man, called him a faggot. So to retaliate, he laced some blunts he and this guy smoked.

Twitter users are so outraged right now everyone is reporting him to Twitter to get his account suspended. Users are also reporting him to FBI, security agencies to get him arrested. His tweets continue below. 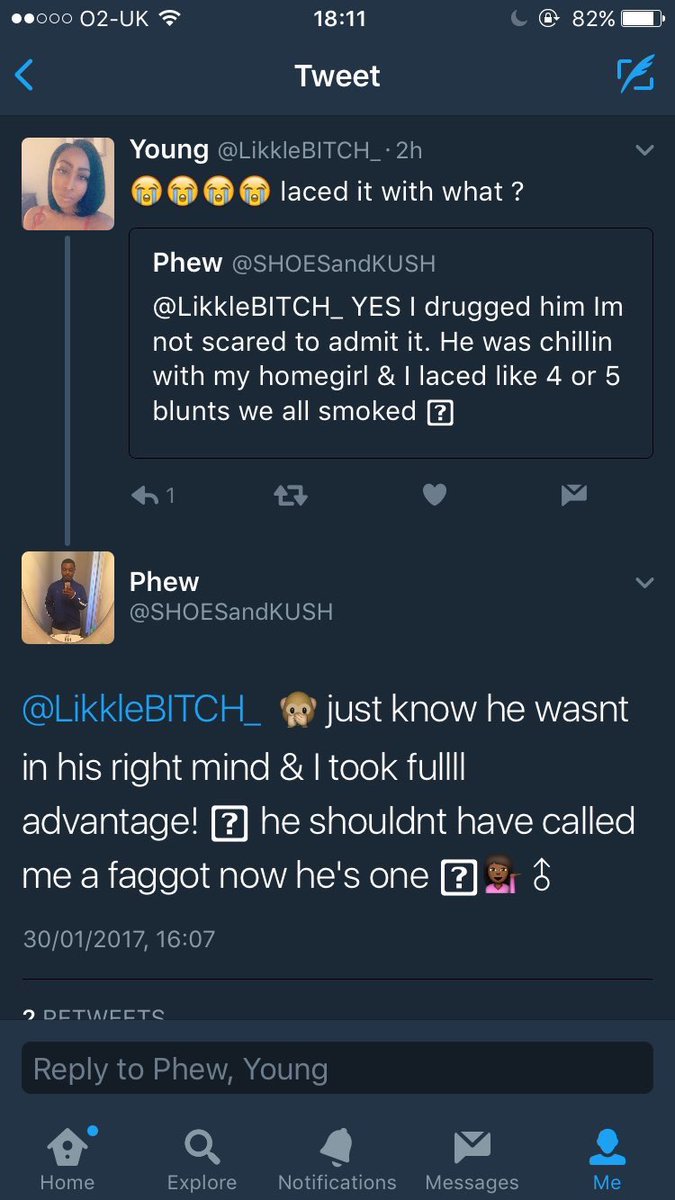 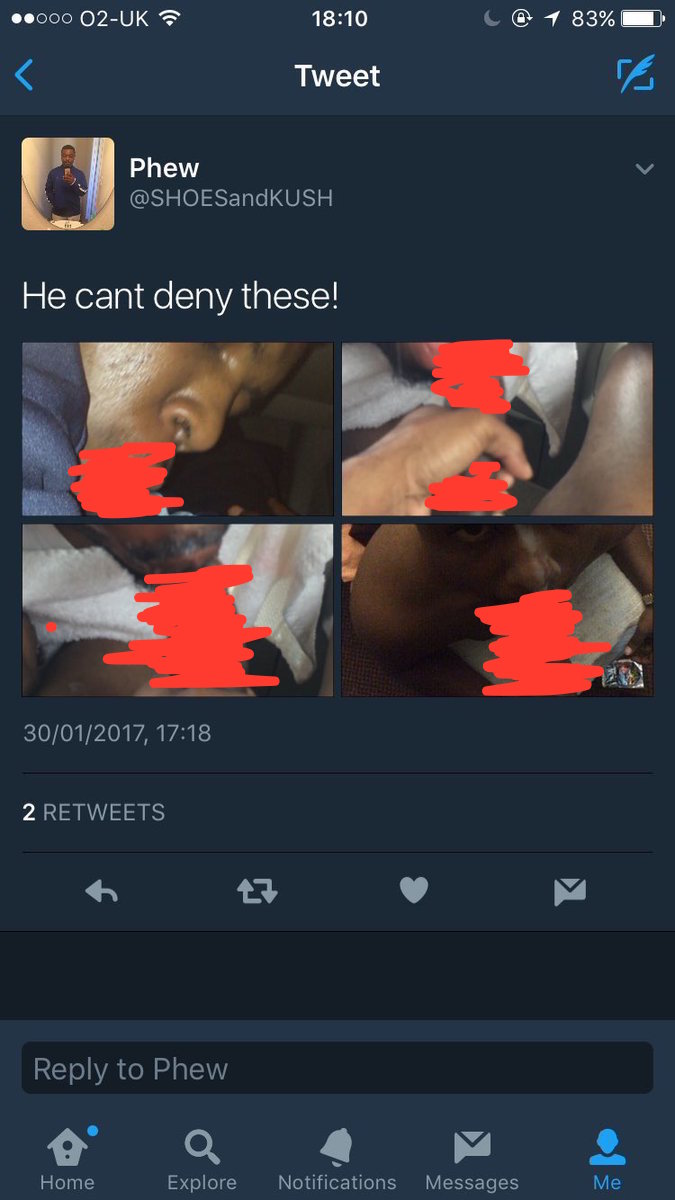