A woman has revealed how she forgave her “stressed” sailor husband, when his wondering eye led to them both contracting HIV. 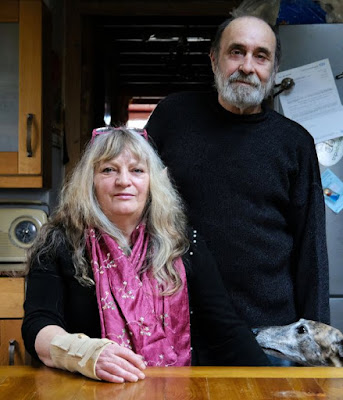 Devoted Veritee Reed-Hall, 63, was given the virus after husband Barry, 65, had unprotected sex with another woman while he served in the Merchant Navy.

Veritee, an ex-campaigner for HIV awareness initially had no idea that he’d even been unfaithful, let alone the fact that her own health was at risk. Four years later when he fell ill, the couple had tests which revealed they both had the STD , forcing him to confess his betrayal.

deployment in Brazil, around 15 years ago. According to Veritee, Barry was just “unlucky”.

“My husband had a brief affair when he was working away eight months a year. These things happen – I know loads of people who were married and not together after they had affairs or split up – but we are still together. It was just once. But sadly he was away from home and stressed and a lot of other things were going on. I always thought it could be on the cards and I was actually surprised it didn’t happen earlier. But these things happen – and that was how we got it. He did not tell me as he did not want to lose me, so I didn’t know…so I didn't know he was infected."People think what an awful man he must be - they say 'you are a victim and a silly woman who trusts someone.'"No, I am not. I am the complete opposite from a silly woman who does not know reality. But that is my story. It can happen to anybody."People forget that everyone has sex - lots of men and woman have affairs in marriage - it is a fact in life - this happens all the time.But this all diverts from the real issue - we all have sex, we all take risks and a lot of people are still not taking precautions." 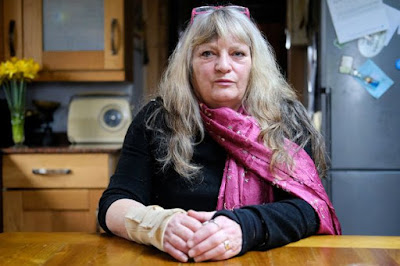 Veritee was a youth worker for 30 years and worked on campaigns in the late 1980s and early 1990s to raise awareness of HIV and Aids.

Now retired, she also worked as a lecturer at Cornwall College.

She said she "was laughed at and told she was being over-cautious" with doctors that initially thought that the couple, given their age, social class and background, could not possibly have HIV. 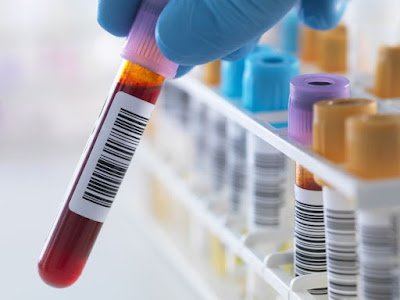 "The first year he was very ill and was hospitalsed.

"I effectively had to be his nurse. I did not have time to think about myself.

"I could see him dying in front of my eyes - but I am a realist and he was a seaman working away half his life. I knew it was possible.

"It is almost an occupational hazard. The next few years after were awful though. I kept thinking 'why did he do it?'

"It took me five or six years to forgive him.

"But I understand totally why. Most people have not been married as long as we have.

"He only did it once. I am not stupid and now he can tell me anything. I know he was just stupid. But sadly once is sometimes all that is takes.

"I was very angry -there is no denying that. I was not unfaithful although I had plenty of offers."The couple must now take strong medication every day for the rest of their lives and face multiple health problems as the virus attacks the immune system and can cause AIDS, leaving patients vulnerable to other illnesses such as kidney failure and pneumonia.

Veritee, who believes she's the only woman living openly with HIV in Cornwall, has decided to open up about her story to raise awareness of the need for testing and help shed some of the stigma.

"I do feel lonely. It's very hard to know whether it's related to HIV.

"I had a big social life, quite a lot of friends. I don't know if they disappeared because I announced that I had HIV - all I know that my life changed the day I was open about it.

"I have suffered abuse but not necessarily from people I know. I've been told not to be self-pitying. I'm quite isolated - very few people understand what it's like to live with this except online which is why I am online.

"I should not feel any shame. Why should I?

"I don't want my husband to feel any shame either. He was just unlucky and we are still together. But it does make you ashamed. Just to say you have HIV, you are saying you have sex.

"It's not abuse it's apathy - not wanting to know me. That in essence is the stigma. I'd like the stigma to end so I could have some more friends."Barry, a retired military engineer, said he still carries around a strong sense of guilt for what he did - and said although they never separated it took several years for his wife to fully forgive him for what he did.

"We support each other - she is more of a campaigner and I have always been the quiet one.

"I was the one who got it, so I have always got a feeling of guilt."It was a long time ago and although we didn't separate it has taken a long time for her to fully forgive me.

"It took a few years but I know she doesn't blame me now.

"Anyone can get it - you don't have to be that promiscuous. It only happened once and I have felt the guilt of it ever since."Source - MirrorUK