A 27-year-old man, Buhari Hamisu, was manhandled by vigilantes after he allegedly sneaked into a housewife’s bedroom in the early morning of Wednesday at Unguwar Abattoir in Abaji town, Daily Trust report. 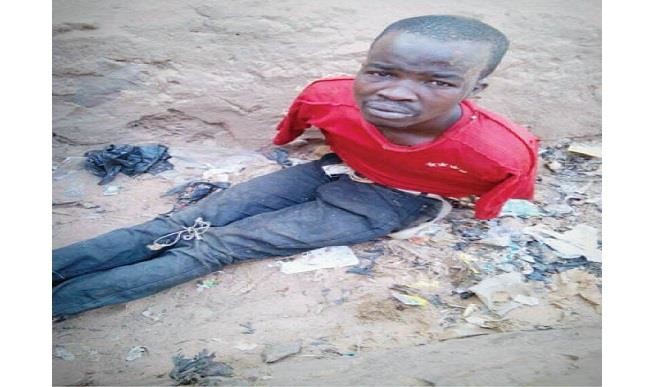 A resident of the area, identified only as Aliyu, said the suspect was arrested by members of the vigilante group on patrol at about 4:00am.

The woman’s husband, it was gathered, was then sleeping in another room.

He said the housewife, who was sleeping in her bed, along with three of her children, was startled when the intruder sneaked into  her room.

He said the woman  raised an alarm which woke up her husband and made him rush out of his room.

But the suspect attempted to escape before vigilantes  arrested him at Unguwar Gbakya. They tied the suspect’s  legs and hands before they later handed him over to the police, he said.

When contacted, the Abaji Divisional Police Officer (DPO), CSP David Kolo, confirmed the arrest of the suspect, saying he will be charged to court after police investigations are concluded.