Nineteen-year old Favour Samuel from Igbariola in Odu Local Government area of Delta State is in a dilemma, after giving up her lucrative sex work, while being three months pregnant. 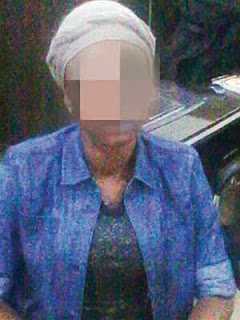 Samuel’s story is that of a helpless adolescent, whose survival in life only lies in her personal struggle, since her parents could not fend for her.  After finishing her secondary education in her hometown, she could not continue her education in view of  her poor background.

Then in her family, she was like the breadwinner, supporting her poor mother to provide for the family. She also joined her friends to do menial jobs to meet up with the family responsibilities.

At a stage, her family situation became so tough that she got tired of bearing the hardship in the village. Thereafter, she relocated to Lagos to ‘hustle’ to survive and continue her education.

On her arrival in July 2016, she was lucky to secure a job in a canteen at Orile where she worked for

some months, and made some money.

Remembering her family, she travelled to see them in her hometown, but, when she returned, her employer had already replaced her and did not make any provision for her accommodation. Samuel became homeless and jobless.

That was the beginning of her present predicament, as she started wandering around looking for shelter and job.

She told Saturday Sun that her search for job and accommodation landed her in a hotel where she later joined other prostitutes in the business.

“I became stranded and frustrated when I did not get anywhere to stay or job to do. It was the search for accommodation that led me to a lady’s house at Orile, Iganmu who offered to accommodate me. Then, I was there managing, looking for another job.But after sometime, the lady had accommodation problem, so I left and ended up in a hotel around the area,” she said.According to her, she did not plan  to be a prostitute. But due to frustration and hunger, those who accommodated her lured her into becoming one.

“I was doing the job and making little money, but I was not comfortable with it.Favour had an ugly experience being a prostitute. One day, she went to a hotel in Ajegunle for her usual ‘hustling’, and three men made love to her consecutively to the extent that she became unconscious and could not go home in the morning.

“Three strong men made love to me one after the other and paid me the sum of N3,000 each. I nearly fainted in the process. I had pains all over me. I regretted being into prostitution because I saw hell.”She explained that she went for the Ajegunle Apapa night outing in order to pay her hotel room rent at Orile, which was already overdue.

“So, after that, out of the N9, 000 I made that night, I used the sum of N7, 000 to pay my weekly rent. Then, I spent the balance for my feeding.”Along the line, Favour met a young man who later impregnated her and could not show up to bear the responsibility.

“My boyfriend, Lawrence, an Edo boy who works as a cleaner in a bank, impregnated me.  I knew him shortly when I joined prostitution. When I went to where we used to meet at Ajegunle, Apapa Lagos to inform him, I was told that he had left the place. And, I cannot get him on phone any longer.”With the pregnancy, which is now about three months old, she went back to the hotel, frustrated and refused to continue her business.

One day, a Non Governmental Organisation operating in Lagos, DECSON Savechild Life Organisation, met her at the hotel, and in the course of an interview, she narrated her ordeal, telling them that she was tired and no longer interested in the business.

She  appealed for support to secure a job and accommodation.

“I was in the hotel at Orile Iganmu Lagos when a man saw me and wanted to know why I decided to be a prostitute at my age. Then, I explained to him what happened and he took me to a pastor for counselling, when we eventually got there, they did not allow me to see the pastor after the church service. As a result, I became stranded, looking for where to sleep. I ended up sleeping in a shop opposite the hotel. And, since then, I have been going here and there looking for where to lay my head.”According to her, she decided not to go back to her hometown because that would compound her problems.

“While I am suffering, I do not want to go back to my village now because my mother cannot cater for my three months pregnancy.Meanwhile, the Chief Executive Officer of Decson Savechild Life, an NGO, Mr. Eustace Njoku, told Saturday Sun that Favour was under the care of his organization. He disclosed with joy that a comprehensive test had been run on her at the Ajeromi General Hospital and that the result showed she was HIV negative, but suffered emotional and psychological trauma, aside a minor infection.

“When we took her to the hospital, some drugs were prescribed for her after the tests. Fortunately, a partner NGO assisted us in paying the hospital bill. Also the Social welfare Department of the hospital was of assistance to us, they are responsive and accommodating. I am very happy about that,” he said.Njoku also informed that his NGO was patnering the Lagos State Ministry of Women Affairs, through WAPA, and the Ministry of Youths and Social Development on how to rehabilitate Favour.

“We have written to them and are now waiting for their response. What we want is good health care, feeding and accommodation for her till she delivers her baby. As I speak, she is not emotionally stable due to frustration.And we have tried to send her to her village, but she refused, on the ground that she does not want to compound the problem of her mother, whom she said couldn’t cope with her present situation. That is why we try to rehabilitate her before taking her to her family and that will be after her delivery. For us, the major challenges she has now are shelter, food and good ante natal health care. Then after her delivery, we will be talking about how to rehabilitate her so that she will not go back to her old life of prostitution.”Meanwhile, Favour could be reached on 08125594721 or 07014435594.