Woman Faints Twice After Reading Her Sack Letter In Kaduna


A mother of two, Asmau Sulaiman, fainted twice on Tuesday after she received her sack letter from her employer, Kaduna Electric.

Mrs. Suleiman was among 530 workers disengaged by the electricity distribution company. 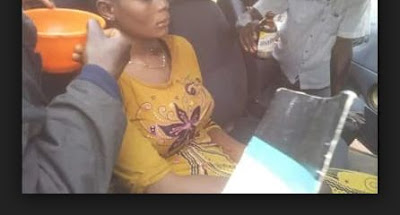 According to PremiumTimes, some of her colleagues said she slumped immediately she read the content of the sack letter.

“She fainted again as we helped her down from the office on the first floor”, said Rilwan Sani, one of the staff.Until she was disengaged, Mrs. Suleiman worked for 15 months with the company at its Rigasa Area Office in Kaduna. She said she still could not understand the reason why she was affected by the purge.

“I refused to join my husband who is currently working in Saudi Arabia and I just recently relocated and transferred my two children school from Kano to Kaduna because of this Kaduna Electric work. Is this how they will reward our hard work?” she said.The National Union of Electricity Employees, NUEE, said 530 of its members lost their jobs at the company.

In one of the sack letters signed by the company’s Managing Director, Garba Haruna, and dated January 31, the firm said the disengagement of the workers was the outcome of a `Talent Review’ conducted in 2016.

The company, which distributes electricity to Kaduna, Sokoto, Zamfara and Kebbi states, had recruited about 2,000 workers in August 2015, reportedly confirmed only 20 per cent of the workforce, terminated the appointments of 60 per cent and placed 20 per cent on extended probation for six months.