A 21-year-old married man from Zimbabwe died after drinking poison after an altercation with a commercial sex worker who refused to give him her hand in marriage. 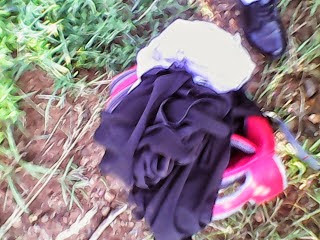 Trust’s aunt, Beauty Hove said that the deceased who is survived by a wife and a child was having an affair with Modester Zhou, a sex worker.

On Sunday, Trust and Zhou had a fight at Langeni business centre after Zhou had refused to become

“Trust allegedly stabbed Zhou with a knife once on the upper shoulder and fled the scene as some good Samaritans rushed Zhou to hospital.“Police officers were sent to arrest Trust but the deceased who feared that the victim had died from the attack drank poison and ran away to Gwengwena Dam where he wanted to drown himself,” said Hove. Trust was found by boys who were herding cattle but died soon after arriving at Mnene hospital because his lungs and kidneys were already damaged by the poison.

Zhou confirmed the story in an interview with The Mirror and said she was in an affair with Trust.

“Trust was my client and he was now insisting on making me his second wife but I refused,” said Zhou.Police confirmed that Trust was on the police wanted list at the time he committed suicide.

Acting Mberengwa District Medical Doctor Gabriel Nyagurwa said it was already too late when Trust was brought to hospital for treatment.