A heartless mother recently did the unthinkable when she pledged and gave her 13 year old daughter to a self proclaimed prophet as payment for spiritual services. 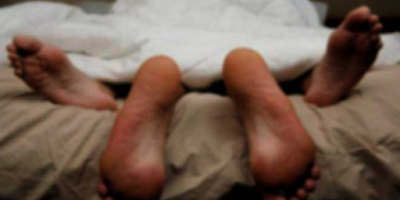 Munakandafa Shoko (not her real name) faced the horror of her life when her mother (name withheld to protect the victim) pledged her to Madzibaba Jefias Nyika of Mlauzi village, Zimbabwe as payment for spiritual services provided to the family.

It is alleged that Munakandafa’s family was being tormented by a tokoloshi spirit and Madzibaba Jeremiah demanded a virgin daughter as payment to exorcise the spirit.

The court was told that, on the 13th of January this year the first accused person (Munakandafa’s

mother) and Madzibaba Jefias had an agreement of pledging Munakandafa, the two agreed that Munakandafa’s mother would bring her 13 year old daughter to Madzibaba Jefias who would have sexual intercourse with the complainant and take her in as his wife.

As fate would have it, a heroic act by the complainant’s grandmother to report the crime at Tongogara police Station led to the arrest of the two criminals.

The two accused persons are due for sentencing on a later date.

This criminal case comes when the government and nongovernmental organisations are working tirelessly to end early Child marriages as they are destroying the lives of many children in Zimbabwe.

More often than not, child brides are pulled out of school, depriving them of an education and meaningful work.

They suffer health risks associated with early sexual activity and childbearing, leading to high rates of maternal and child mortality as well as sexually transmitted infections, including HIV and they are more likely to be victims of domestic violence, sexual abuse and social isolation