Kanye West has deleted all his tweets about President Donald Trump.

And the husband of Kim Kardashian did so because he's 'unhappy with what Donald's done during his first two weeks in office. 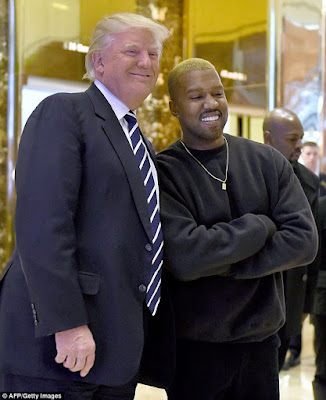 According to TMZ, the 39-year-old rapper is especially distraught over his travel ban.

Kanye had tweeted about Trump in a positive light after the election. In December, the day he met with Trump in NYC, he wrote, "I feel it is important to have a direct line of communication with our future President if we truly want change."  Kanye also wrote about issues on which he felt he could influence Trump, writing, "These issues include bullying, supporting teachers, modernizing curriculums, and violence in Chicago." Our sources say Kanye's decision to remove the tweets were all his. The "Muslim ban" and other actions have turned him against the prez.