A two year old baby boy, Lulo Patekile has died after he fell into a burning rubbish heap in South Africa. 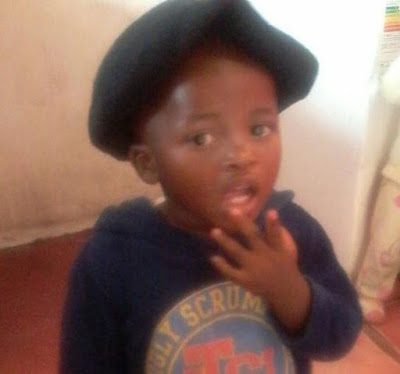 According to iol.co.za, the two-year-old boy was playing outside with three other children when tragedy struck.

An unknown man had started a fire in a hole, and was burning some rubbish. Only for him to leave the fire unattended. Probably wanting to find out just how hot it could get, Little Lulo and his friends gathered round the already ravaging fire and fuelled it with wood and papers.

Unfortunately, Lulo got overwhelmed by the heat and fell into the hole, where the heap of rubbish

(including old mattresses) was burning, and got killed by the scotching flames.

Lulo’s aunt, Nomfundiso Mswana, 41, spoke to the Daily Voice as his traumatised mother, Asanda, was rushed to hospital after she collapsed at the scene. She said:

“He was playing outside with his friends when one of the boys came running, calling Asanda and saying the child is in the hole, burning.

“We don’t know who made that fire."

“It is very difficult for us at this time,” the emotional aunt said.The child’s tiny body was found lying face down in the hole surrounded by rubbish and a burnt mattress.