The tyre of a Boeing 767 aircraft belonging to Qatar Airways exploded while attempting to take off at the Murtala Muhammad International Airport, Lagos.

The aircraft, which was Dubai bound and had hundreds of passengers on board, had initiated take-off on the runway 18 right of the airport when the incident occurred at about 3pm.

One of the passengers, who spoke to newsmen on condition of anonymity, said the Captain was already cleared for take off by the Air Traffic Controllers and the aircraft was about to gather speed when suddenly one of the tyres exploded, and they heard a loud sound.

Immediately, everyone on board panicked and started praying aloud until the aircraft finally came to a

stop. The pilot later stopped briefly before he taxied the aircraft back to the terminal where it had earlier departed from.

“We were held in fear for some time. We thank God that the plane has not gathered the full speed for takeoff, we would have been saying something else.”The aircraft was later parked for repair at one of the hangers in the terminal while the airline management embarked on alternative arrangement for the affected travellers. 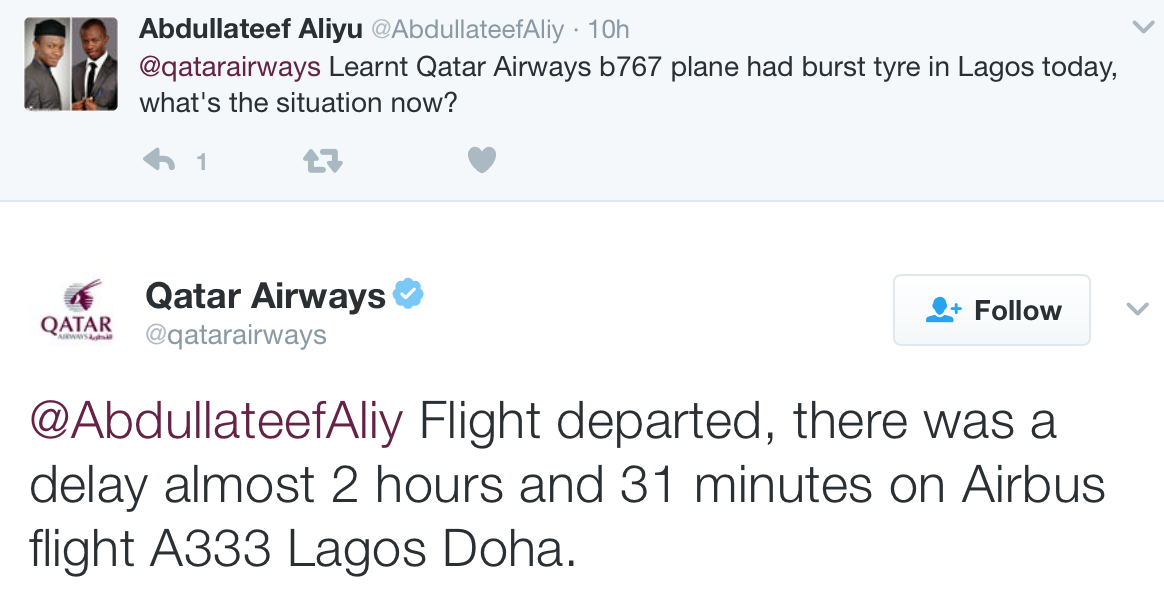