A 45-year-old applicant, Wahabi Sodiq, told an Igando Customary Court in a Lagos suburb on Thursday:

“I caught my wife in her shop cutting a man’s nails.’’ 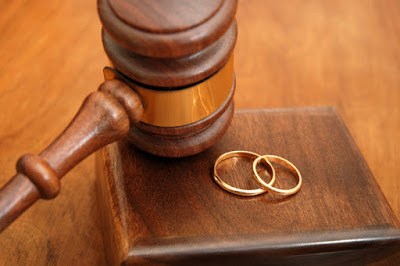 Sodiq made the allegation while testifying in a divorce case filed by his wife, Kudirat, 44, a public bar operator, seeking dissolution of their 24-year-old marriage over threat to her life.

“I believe my wife is having extra marital affairs. I got to her shop and met her with a man who placed his legs on her table while my wife was cutting his nails. “Immediately the man saw me, he quickly removed his legs from her table but I did not say anything; I left immediately. “Since that day I became bitter because I felt cheated; I have given her Holy Bible and Quoran several times to swear that she was not dating the man but she refused,” he told the court.On the allegation that he beats the woman, he denied, saying:

”I only beat my wife once since we got married and I did that because she assaulted me.“Anytime my wife goes to her shop, she will not come home for days; she prefers sleeping in her shop.“She also loves going to parties without my consent and whenever she returns and I queried her she will turn it to a fight.”The husband, however, pleaded with the court not to grant his wife’s request for a dissolution of their marriage, saying “I still love her.’’

“My husband is always threatening to kill me and suffocate me to death with a pillow. I am always afraid to sleep at home and because of the fear, I packed some of my belongings back to my parent’s house”, she said.The petitioner also accused her husband of planning to sell the house she laboured to build. She said,

“My husband called me on phone and threatened to sell my house if I refused to come back to our matrimonial home.”Kudirat alleged that her husband was in the habit of chasing away her customers, accusing her of infidelity.

The mother of four, who said she had no emotion or love for him anymore, urged the court to dissolve the marriage.

The court’s President, Mr Adegboyega Omilola, ordered both parties to come along with three members of their families for a possible resolution and reunion at the next hearing date.