President Muhammadu Buhari has said he would only return to Nigeria when his London doctors certify him well enough to do so.

In the February 5 letter to the President of the Senate, Bukola Saraki, informing the National Assembly of the extension of his vacation, President Buhari wrote: 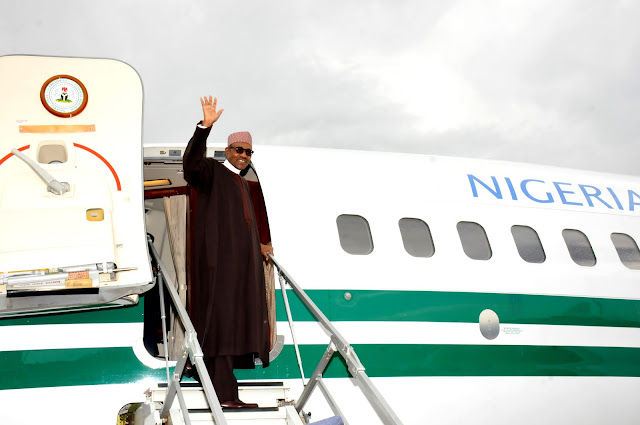 “… I am extending my leave until the doctors are satisfied that certain factors are ruled out,” Mr. Buhari said iThe letter was exclusively obtained by PREMIUM TIMES on Saturday.

Although snippets of the letter were publicised by the presidency and the Senate on February 5 and 6 respectively, this is the first time the entire text and copy of the correspondence would be made available. See it after the cut.

“Further to my letter dated 18th January 2017 in which I notified the Distinguished Senate of taking part of my annual leave.

“During my leave, I took the opportunity to have routine check-ups and consult my long standing doctors in London.

“In the course of the routine examinations, certain test result indicated the need for a course of medications and further appointments have been scheduled for next week.

“I am therefore notifying the Distinguished Senate that I am extending my leave until the doctors are satisfied that certain factors are ruled out. In the circumstances, the vice president will continue to act on my behalf. 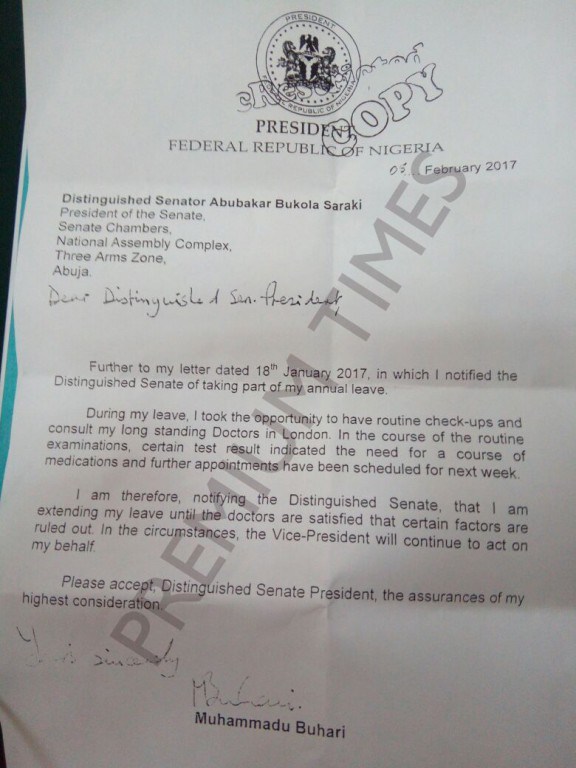 This is the third time Mr. Buhari has transferred power to Mr. Osinbajo since the two leaders were inaugurated in May 2015.

The first time was on February 5, 2016 when the President embarked on a five-day vacation; and the second was in June 2016 when Mr. Buhari travelled to the United Kingdom for treatment of what the Presidency described as ear infection.