Rev. Chris Christian is the General Overseer of the Locust Army International Ministry. At 51, he is still a virgin and not married. He says it is a vow he made with God along with a vow of poverty which does not permit him to own any property.

Exerpts from his very interesting interview with Vanguard: 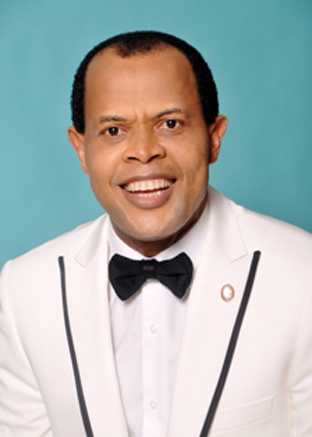 How old is the church?

The church will be 21 in August.

There could be many ministries but with different mandates. There is no ministry in Lagos that has my mandate, each mandate has its own converts. This is end-time Apostolic church born to declare rapture and golden age of the church on earth, we are bent on making sure that Jesus is revealed second time as an Adam. It is a different mandate and there are disciples of this mandate.

I learnt  you have a vow of poverty.

Yes, I have a vow of poverty and that does not permit me to own anything.

So what happens to all the money in the church and property?

This is contrary to the craze by men of God to acquire wealth. There are different types of calling. Because I am an eunuch, I have a vow of chastity, the vow is peculiar. I have pastors under me but I encourage them to get married because they don’t have the vow.

So also is the vow of poverty; if a man of God is not into that vow, he can do anything. But people should be moderate, sometimes there is a lot of avarice, some people are greedy. It is not supposed to be like that.

The FRCN code, trying to check the excess of ministers, even though the code is not completely okay, it has its duties.

A pastor should be very careful, he should follow Jesus pattern. 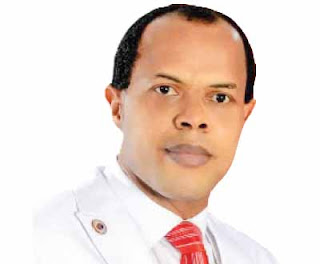 About eunuch, does it mean that up till this age you don’t know any woman.

Yes, I am a virgin. An eunuch does not permit that, you know there are two types of eunuch. In Catholic church, there are people who are born eunuch by God;  there are those who made themselves eunuch for the sake of the gospel.

They are not the same. I am made eunuch by God and it has a lot of implications and secrets which we can not discuss, it is different from a man who decided not to marry.

A man who decided not to get married will struggle with that because he doesn’t have a pattern and nature. An eunuch’s life is natural. It is not about body and there is a spirit in the eunuch; that is why I am eunuch and vowed for poverty.

So, if somebody is not an eunuch by God, he will find it difficult to keep the oath because such grace is not given to him,he is just struggling with self and that is why over time people go into certain acts contrary to their oath.

But a man made an eunuch by God is kept, over time, by God, from spirit to soul to body.

But you are a human being with mortal body

There are different types of human beings. If you look at the Bible, Jesus, Moses, Elijah, those that were unique, even some devoted reverend fathers who were called eunuchs, they maintained chastity, so it is possible; life is all about decisions and grace.

The grace can not be intimidated by a man.

Have you been tempted by the opposite sex?

I pastor females. It is not the temptation that matters, it is how you react to it. There are so many females that come, but it is my reaction to it that counts, not what people really believe.

Sometimes, some men of God will say that people seduce them, I say it is a platform you create. Like if that girl at the reception, if somebody has to come through her, it is me that decide who comes. I don’t think anybody will force herself into my office. If someone wants to see me and I say no, how does the girl come inside?

So whatever that is destroying men, men are part of it. God made choices in men. Grace should not be ascribed to me for that because I didn’t contribute anything. I was born an eunuch and I don’t feel anything . So, I don’t even struggle or try to discipline myself.

As an Igbo man, acquisition of wealth and property is very important to your people. Does it mean you don’t have any property.

I told you that I am not married. I have a vow of poverty. If you know what a vow is, you should know it is binding. So when you say you will not, God is not a man. He watches me. I didn’t even keep the oath because of man. I keep it because God is watching me; so I don’t have anything anywhere and I will not have anything.