A man identified as Ekezie was paraded naked and handed over to the police, after allegedly being exposed for using charms to kill several indigenes of Isiala Mbano in Imo state. 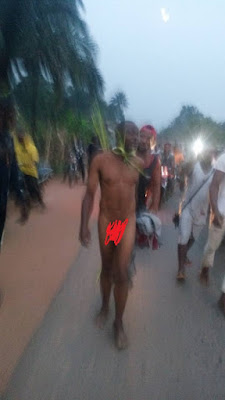 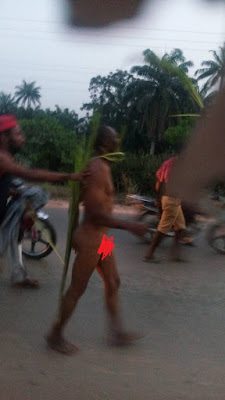 According Facebook user, Awurum Darlington, the accused in company of some youths and traditional headed to the shrine in Ebonyi State for confirmation, and they got to Ebonyi State and it was confirmed that Ekezie had written so many names cut across men and women in different businesses and crafts within the area and immediately he confessed, pleading with the people not to expose him at home.

According to eyewitnesses, over 50 chains locked with keys and nailed to the mighty Tree in Ebonyi State were uncovered with each placed with a name. So many of them dead already.

They forced him to unlock the keys in other to set the captives free which he did and made an open confession that nothing can be done about the dead ones. 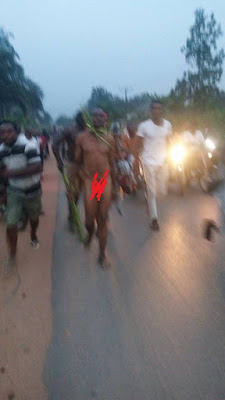 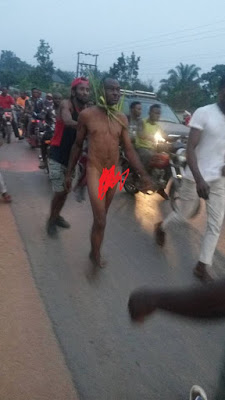