A Nigerian woman, Mrs Ohiwe-ei Unuigbe, based in South Africa has welcomed her first child with husband after 9 years of marriage and childlessness.

Mrs Unigbe got married when she was 35 years old and her husband, 39. This was also after her parents made her reject a former suitor, a medical doctor who financially saw her through university because he was an 'osu' (outcast). 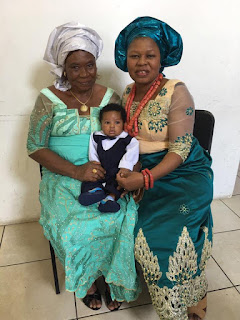 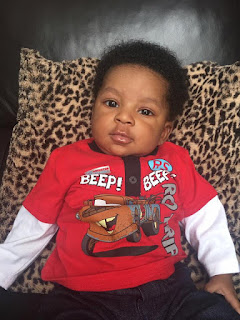 While in the university, she had a man, a medical student, (she was a Chemical Engineering student) who supported her financially and they had planned to marry. But upon graduating and when the man asked for her hand in marriage, her people declared he was Osu (the set of people "forbidden" in Igbo land in Nigeria).

Mrs Unuigbe's husband shared his testimony about how he and his wife were delivered after they did restitution below. 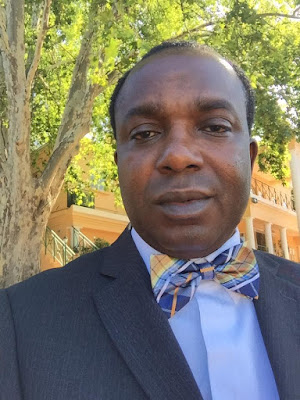 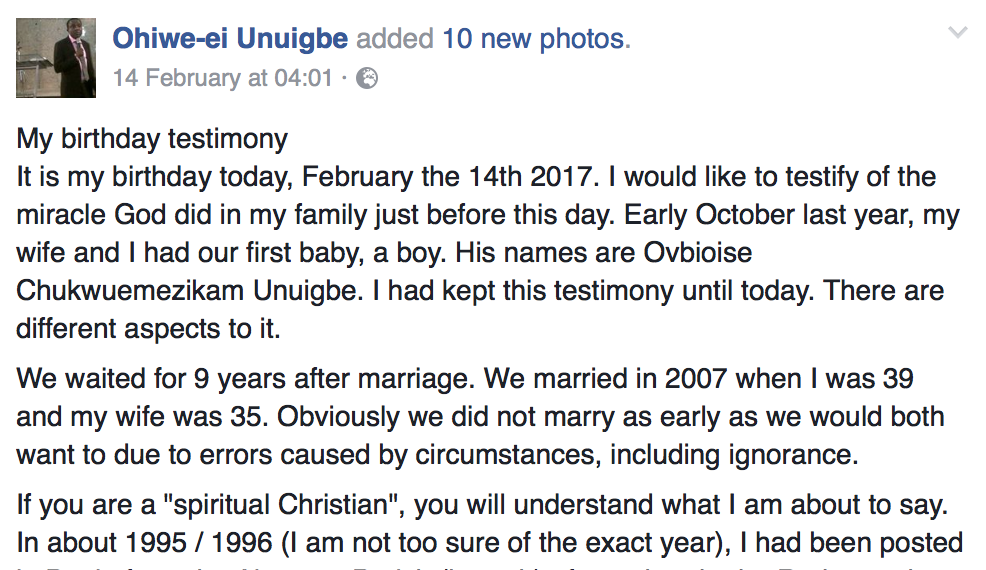 My birthday testimony It is my birthday today, February the 14th 2017. I would like to testify of the miracle God did in my family just before this day. Early October last year, my wife and I had our first baby, a boy. His names are Ovbioise Chukwuemezikam Unuigbe. I had kept this testimony until today. There are different aspects to it. We waited for 9 years after marriage. We married in 2007 when I was 39 and my wife was 35. Obviously we did not marry as early as we would both want to due to errors caused by circumstances, including ignorance. If you are a "spiritual Christian", you will understand what I am about to say. In about 1995 / 1996 (I am not too sure of the exact year), I had been posted in Benin from the Akenzua Parish (branch) of our church, the Redeemed Christian Church of God to the GRA to support the planting of a new parish. While there, I represented the parish as a youth leader in the State Youth Fire Conference held in Warri, Delta State. Then Edo and Delta were one state by RCCG classification and that is what is now called Province. It was one of the nights during that programme that I had a very clear revelation of a lady to be my wife. The youth leaders of parishes where accommodated two in a room each and I was with my very close friend who is now an Area pastor. I did not tell him about the dream, neither did I tell my pastor, Pastor Matthew Sule. For two reasons, I did not want to marry this sister. One was that I still had the Ordinary National Diploma then and I considered that marrying then would keep me at that level. While I was hoping to continue my education, I did not want to keep a sister waiting for too long. The second reason was that the lady in question was from a tribe in Edo State (my home state), from which my own people do not marry. We heard and held negative "myths" about them. It was passed down over the years. So I abandoned the dream! Strange enough, I and the lady got very close as the posting from Akenzua to the GRA brought us together. She was very pretty, well behaved and a committed Christian. We trusted each other as workers in the RCCG then. As much as I liked her and had strong feelings for her, I never opened my mouth to express anything about it to her. In 1997, she got married to someone else but not before she had said to me, "Bro Ohi, I have to marry this year" and I replied, "Have you found somebody?". When she made that comment my mind missed and it was like losing a big opportunity! This was a big error! I eventually went to school, resigned my job with FIRS, got the Bachelors and the Masters degrees and by the time I married it was 10 years after this lady had married. The lessons here are:

i. When you refuse God's instruction on issues as marriage, it takes a whole cycle and His mercy to pick it up again. Mine was 1997 and 2007.ii. Never refuse a person connected to you by the will of God for reasons of where she or he comes from or for any other reason.I met my wife eventually in Lagos in 2005. She too had similar issue. While in the university, she had a man, a medical student, (she was a Chemical Engineering student) who supported her financially and they had planned to marry. But upon graduating and when the man asked for her hand in marriage, her people, not her, declared he was Osu (the set of people "forbidden" in Igbo land in Nigeria). So she was sent from Enugu to live with a relation in Lagos. I only discovered this when things were going out of hand after we had been married and had no children for some years. WE BEGAN TO ASK EACH OTHER QUESTIONS. Eventually, we did restitution. There are many other points to the experience of our waiting for the fruit of the womb. This space will not contain then for now. We shall put them in a book. We hope to also get platforms to practically share our experiences. I have discovered that "your experience is your ministry". I would conclude by sharing the following highlights:

1. We had some anchor scriptures to pray with as our case moved towards "logical impossibility" - Exodus 23:25-26, Psalms 92:12-15 and many others. We also walked with them. We prayed, we fasted, we gave all the commitment we could, we asked ourselves questions, we studied spiritual and medical books on pregnancy and infertility, we fought all round. But in all, we obtained victory by the mercy of God!2. Never reject God's leading for any reason. The family of a Christian is the people in the house of God who are children of God. Not the Biological tribes.3. Fight for the fulfillment of God's word in any area of your life that is not holding true to the word of God. The fight begins from inside of you!Join me to celebrate the arrival of our first baby, a special gift from God. This supersedes and takes the place of my birthday celebration today. 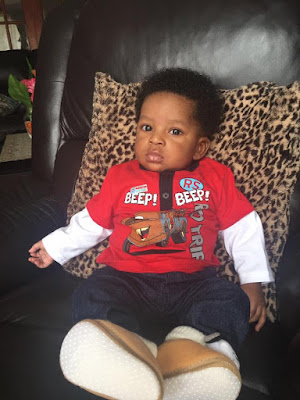 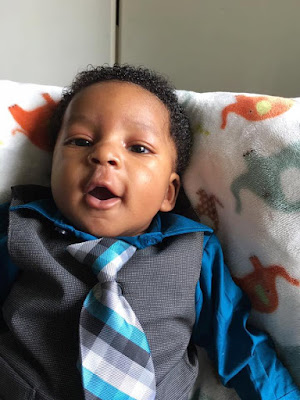 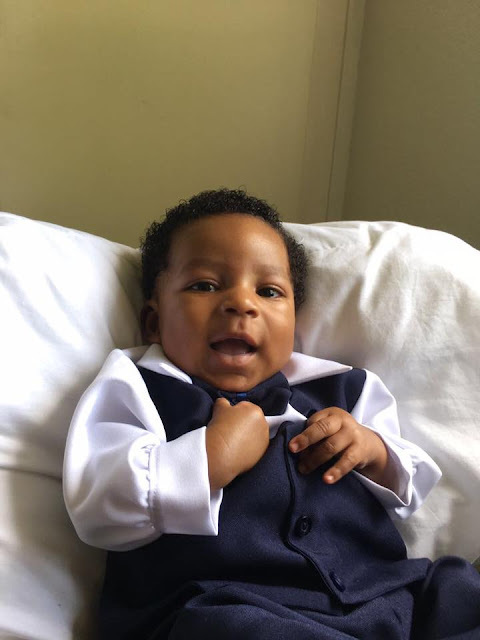 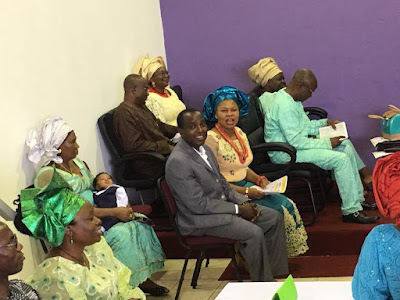 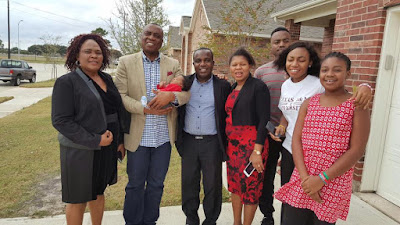 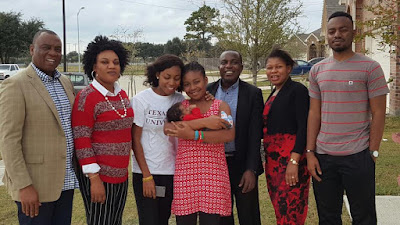 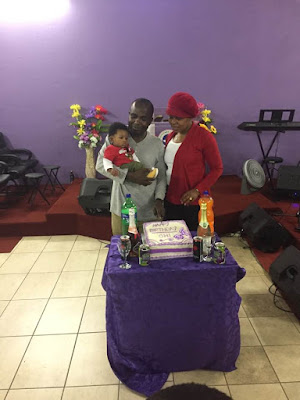 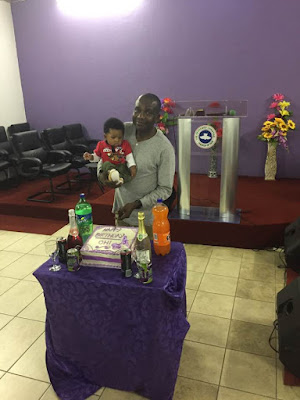 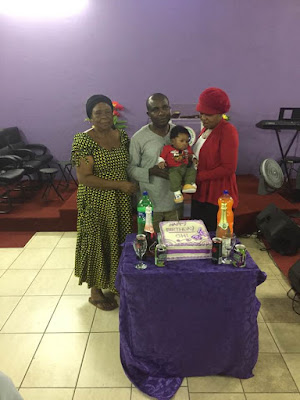 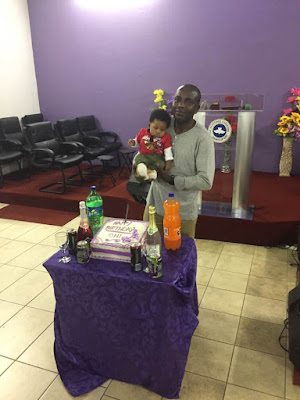 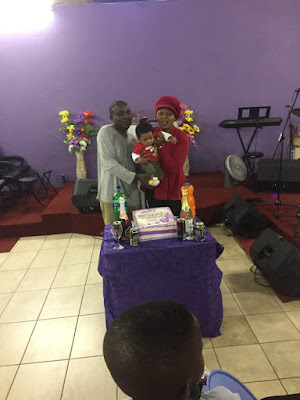