One of the retired workers of the Rufus Giwa Polytechnic, Owo, Ondo State has reportedly lost his life after he was unable to buy a N500 drug prescribed for him to treat his ailment.

The chairman of the Association of Retired Staff of the polytechnic, Mr. Rufus Oguntoyinbo disclosed this in a statement issued at the end of the meeting of the association in Akure on Friday. 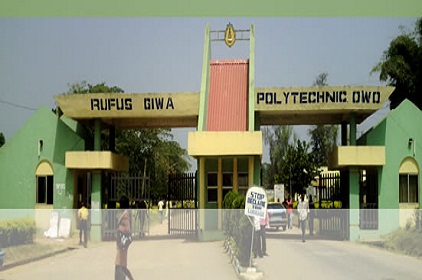 The chairman, who did not disclose the identity of the deceased also revealed that the association had lost 57 of its members in the last three years due to lack of money to feed themselves and treat their

He said this happened as a result of the non- payment of their gratuity and pension increase arrears amounting to N912.7 million as at December 31, 2016. This excludes the 33 percent pension increase already approved by the Federal Government in 2010.

He also lamented that all efforts made including visits to the outgoing governor, Dr. Olusegun Mimiko and the State House of Assembly to ensure that their money was paid did not yield any positive result.

” The promise made by Governor Olusegun Mimiko in his office on April 14, 2013 that the pension arrears and gratuity would be paid remained unfulfilled to date. “Several delegations of well-meaning people of Ondo State including traditional rulers, religious leaders and other stakeholders were sent thereafter to Governor Mimiko without response. If the government wants to claim that there  is recession now, was there recession in 2013?  “We are making the whole world especially the incoming administration in Ondo State to know the predicament of the retirees of the Rufus Giwa Polytechnic, Owo. It is important to note that whatever we do in power today will certainly become history.”