President Muhammadu Buhari has extended his appreciation to Nigerians for their goodwill and prayers, saying his condition has improved.

Buhari, who spoke for about three minutes in vernacular, on phone, with Governor Ganduje, while a prayer session was going on at Africa House, Government House, Kano, said he is feeling better. 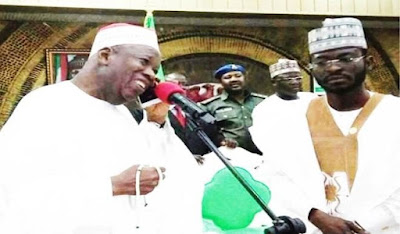 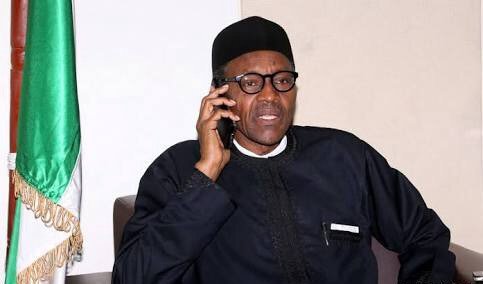 Buhari said “Alhamdulillah (all praise be to Allah)”, he said when Ganduje inquired “how are you

During the prayer session, which was broadcast live by local radio stations in Kano, Ganduje told the

President that Islamic scholars and Imams in Kano were praying for his speedy recovery. Scroll down to see the video.

To this, the President remarked “Maa shaa Allah”, meaning, “God willed it”, an Arabic phrase used to show appreciation for a person or happening and is evoked upon hearing good news.

He expressed the hope that Allah will accept the prayers and asked the governor to extend his best wishes to the Islamic scholars.

Governor Ganduje, who was highly elated, remarked that from the voice of the President, his health has greatly improved expressing the hope that the Nigerian leader would get well soon.

The governor enjoined Nigerians to continue to pray for the well-being of the President and the success of his administration.

“We prayed for Buhari to win and he won. It is now mandatory on us to rally round his government and pray for his wellbeing”, Ganduje remarked. The prayers session, which brought together about 300 Imams and Islamic leaders from all Islamic denominations across the state was attended by the state Deputy governor, Professor Hafiz Abubakar, the Chief Imam of Kano, Professor M.S. Zahraddeen the state Commissioner of Police, Rabi’u Yusuf legislators and former Speaker of the House of Representatives, Ghali Umar Na’abba.