As more people are going on campaigns against the United States President, Donald Trump, and his recent decisions, a 19-year-old Plymouth University Student, Emma Dyason, has also protested against the President naked. 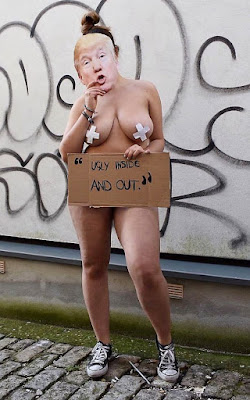 Emma Dyason protested against the President with nude models holding cards with 'sexist quotes made by Trump' written on them. She posted photos of her protest on Facebook though covering some sensitive parts with tapes, the social media network yanked off the photos and threatened to take down her account.

This got her more irritated and she writes;

"Last week I produced and executed a photo shoot, taking a feminist/protest approach by writing sexist quotes made by Trump onto scrap pieces of cardboard, and having women pose ‘nude’ in the aim to empower women.

"I posted three of the images on Facebook, which resulted in many people sharing the post, much to my delight.

"A day after posting the images, I received a message from Facebook informing me that they had removed the post due to “female nudity,” and also threatened to close my account.

“Due to the fact not one of these images showed any kind of nudity, as all important areas were covered, either by nipple tape, or the sign, I was outraged.

They also state that they do not condone sexist behaviour, which in my opinion, is exactly the kind of behaviour they have shown towards this project." 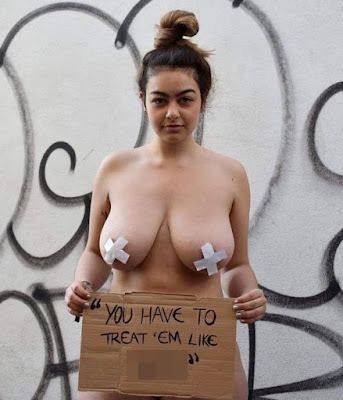