At the 89th Oscar awards held last night, Viola Davies made history as became the 23rd actor to get the "triple crown of acting", which is used to describe actors who have won at least one acting award at the Oscars, the Emmys and the Tonys. 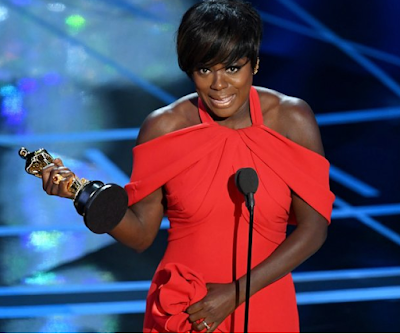 Viola made history as she did not only win her first oscar, she's now a member of one of

the most prestigious acting clubs in the world, EGOT.

The first black woman to get the "triple crown of acting" is Whoppie Goldberg, but her Tony award was for producing Broadway musical ''Thoroughly Modern Millie' not acting.