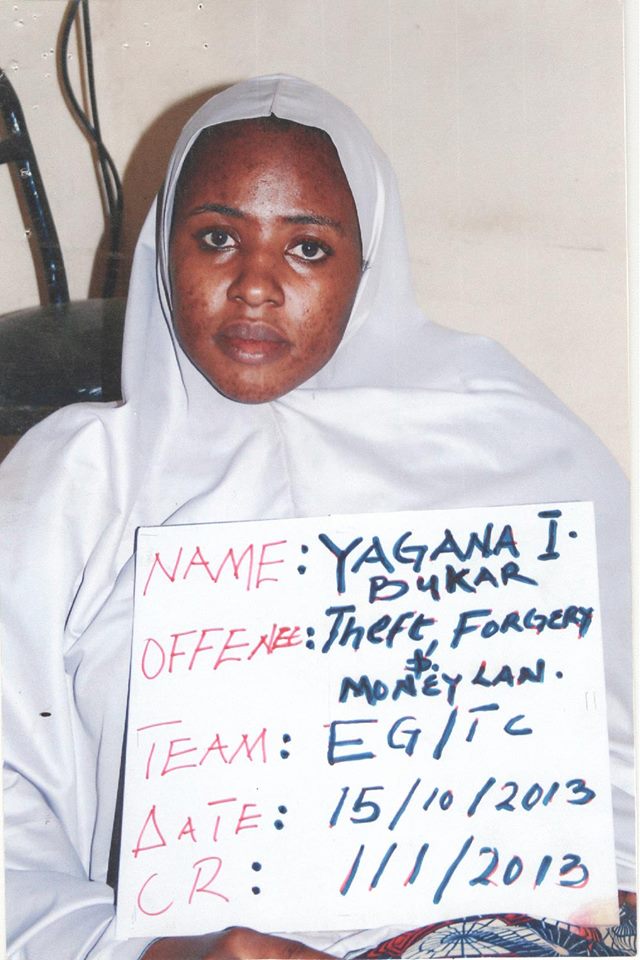 Read the statement from EFCC after the cut...

The public is hereby notified that Aisha Shettima Nur is wanted by the Economic and Financial Crimes Commission (EFCC) for money laundering.

On November 14, 2016, Nur, a former banker, was convicted (in absentia) on a ten count charge of money laundering. Investigations had revealed that the convict laundered monies which were the proceeds of crime through the accounts of her siblings and daughter, as well as through the purchase of vehicles and stocking of a provision shop.

While the cases were ongoing at both the Federal and State High Courts, the convict had jumped bail, consequent upon which judges of both courts issued bench warrants for her arrest. Unfortunately, all efforts to arrest her by the Commission proved abortive, resulting in suspended sentencing until the convict is apprehended.

The fair-skinned fugitive is 37 years old and 5.4 feet tall. She hails from Maiduguri, Borno State and is fluent in Hausa, Kanuri and English languages. Her last known address is No 1, Umar Galadima Street, Kawo, Kano

Anybody with useful information as to her whereabouts should contact the Commission in its Enugu, Ibadan, Kano, Lagos, Maiduguri, Gombe, Port Harcourt and Abuja offices or through these numbers 0809 3322 644 (0809 EFCC NIG), 0818 3322 644 (0818 EFCC NIG); its e-mail address: info@efccnigeria.org or the nearest Police Station and other security agencies." 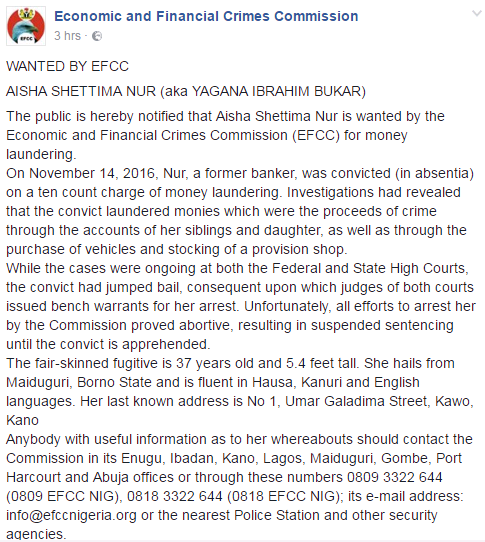