The National Agency for Food and Drug Administration and Control, NAFDAC, yesterday blew the lid off activities of unscrupulous individuals engaged in the forgery of the Agency’s documents, production of counterfeit alcoholic beverages, water for injection and sales of suspected counterfeit Peak Milk.

Read below the statement they just released: 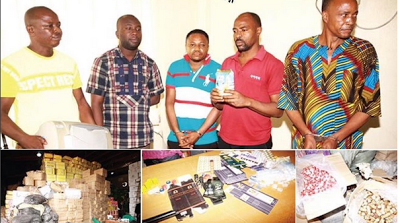 Following intelligence received on a transport vehicle containing suspected counterfeit Peak Milk products bound for Lagos from the East, NAFDAC set  up surveillance from about 4am on the 17th of February, 2017 which led to successful interception of the vehicle and its contents as it was arriving Lagos.

Several cartons of the Peak Milk products (batch numbers 28 2C; PD 04:16; BB 12:17 suspected to be counterfeit were discovered and seized.Further investigation led to the discovery and arrest of the owner, Mr Onyekachi Ikegwuonu. Investigation is on-going.On 24th February 2017, Mr Daniel Ezekwelu was arrested by the Federal Task Force on Fake and Counterfeit for production of fake water for injection within two compounds at Ojoto village near Nnewi, Anambra state.During the raid, two under aged girls were found filling and sealing the fake water for injection under the cover of Mr. Daniel Ezekwelu. The production takes place between 8:00am and 3:00 pm every day, while the finished products are transported to the market at night.Items recovered include plastic containers, gas cylinders and packs of the fake water for injection labelled “Sterilised water for injection BP” with manufacturing date 2015 and expiry date 2020 and said to be produced by Hossanna Laboratories Limited, Surrey. The product is packed as 100 x 10ml vials.The suspect made useful statement to the Police. Investigation is ongoing. 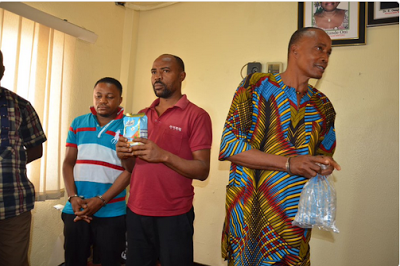 On 2nd February, 2017, one Mr. Ejike Okereke (M), 46 years old of St. James street Iyiowa, Onitsha was arrested for counterfeiting Codrux Cough Syrup. The original cough syrup is manufactured by Alben Pharmaceutical Company located in Onitsha. In the course of interrogation, he revealed that one Ifeanyi who is still at large approached him to counterfeit the product.He stated that he received “Exploid” syrup from Ifeanyi, bought Ethanol and mixed them to form the counterfeit Codrux Syrup. He bought caps/ corks and contracted one Tobias to print Alben on the cap, while one Apollos printed the labels for the bottles.He adulterated the product in his home town — Ihioma in Orlu L.G.A in Imo State. 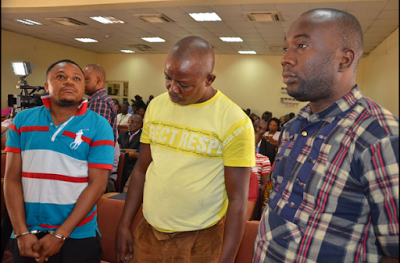 The counterfeiting was done between November and December last year. He was arrested when he came to deliver the product to Ifeanyi. He has been arraigned at the Federal High Court on a five count charge and remanded in prison custody till 11th April, 2017.