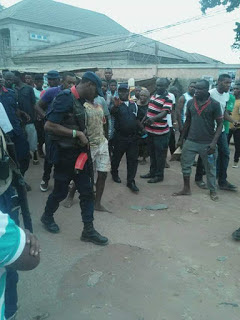 According to the reports, he invaded the office with 5 other cultists. They made away with 2 laptops and hit a young man they met at the centre with a gun as he wanted to question them. They even broke his head with an iron and ran away. One of the cultists was caught and nearly burnt to death. It took the intervention of civil defense officials and 2 hilux vans filled with armed policemen to rescue him.

More photos after the cut... 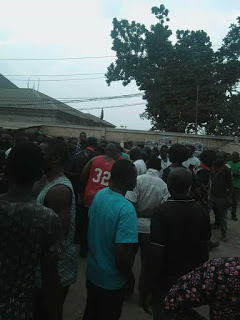 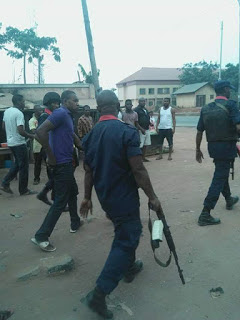 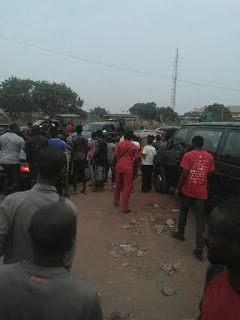 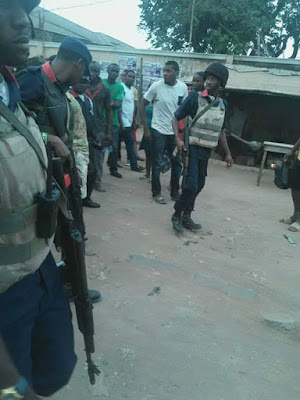