The senate has confirmed Justice Walter Samuel Nkanu Onnoghen as the new Chief Justice of Nigeria. 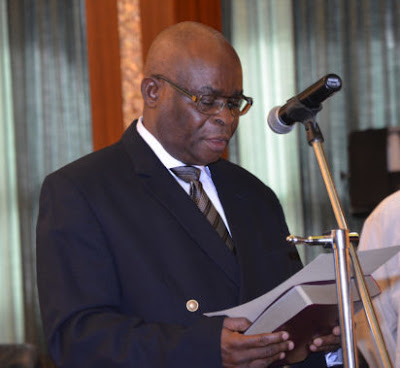 Onnoghen’s confirmation came during plenary Wednesday sequel to the consideration of the letter sent to the National Assembly by Acting-President Yemi Osinbajo requesting his confirmation as substantive Chief Justice of Nigeria.

After answering series of questions put before him by the Senators,Onnoghen took a bow and left the red chamber.

The Senate President, Bukola Saraki, thereafter, put the question for his approval before the Senate. The Senate unanimously agreed to his confirmation.

Saraki directed that copies of the resolution be sent to the government, for immediate action.

Justice Walter Onnoghen, would retire from service in 2021.