Few minutes ago a man was allegedly gunned down by unknown person(s). 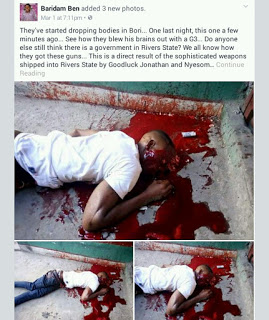 "'They've started dropping bodies in Bori. One last night, this one a few minutes ago. See how they blew his brains out with a G3. Do anyone else still think there is

a government in Rivers State? We all know how they got these guns. This is a direct result of the sophisticated weapons shipped into Rivers State by Goodluck Jonathan and Nyesom Wike in their desperate bid to take power by all means from a very popular governor in 2015. 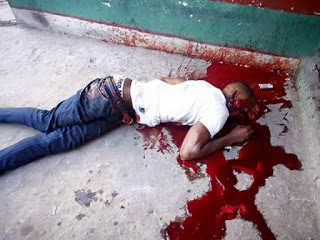 We've had crime in the state before, there is nowhere in the world where there is no crime, but when such crime is backed by the state and allowed to proliferate at an alarming rate, then it would take an equal and opposite measure to restore peace in that area.

Does Wike have the political will to fight the criminals who brought him to power? No! He is appointing their leaders as caretaker chairmen all over the state and giving them every back-up to thrive. This is not an issue of Ogoni.It has happened in other parts of the state before, and if it has not happened in your area, then know that it is coming. 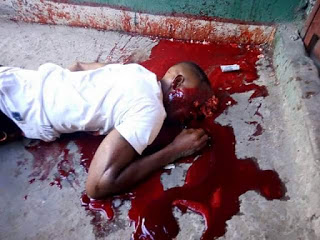 This is the time to pile pressure on Nyesom Wike to take action against his boys... Whether he believe he caused it or not, it is his job to protect lives and properties. Enough is enough, all Rivers people cannot die because he wants to return to power in 2019'. - Ben wrote