Father Crucifies Son, 10, For Refusing To Do His Homework (photo)


A Chinese father has drawn widespread criticism and consternation for crucifying his 10-year-old son for several hours, apparently because he refused to do his homework.

several hours, reportedly in the hope that the humiliation would make him more focused on his studies. 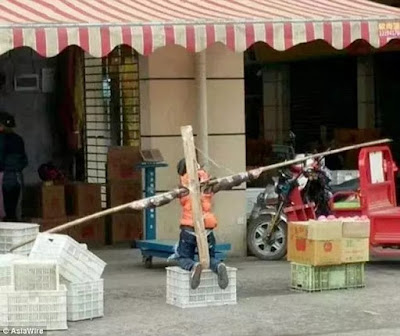 The incident occurred in Yongchuan, China, and gained attention

after a concerned neighbor took a picture of the boy and posted it online. 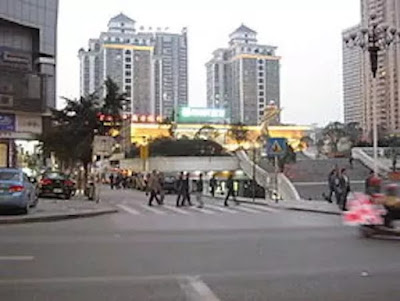 Neighbors told local media that the father is very strict with his two children, both of them boys. They also said he became furious at the neighbor who took and shared the picture online and that he is considering suing him.

The father defended himself, saying that the incident "was nothing serious" and that it was "just a joke." It is unclear if police or local child welfare authorities have taken any action against the man.

To see some unusual and sometimes cruel punishments parents have meted out to their kids, check out the video below.