Highlife songstress Sista Afia has said numerous times that she does have a guy in her life but she has sex whenever she feels like.

The ‘Jeje’ singer in a recent interview with Hitz FM’s MzGee has disclosed that she goes into an agreement with guys before they do the ‘thing.’ 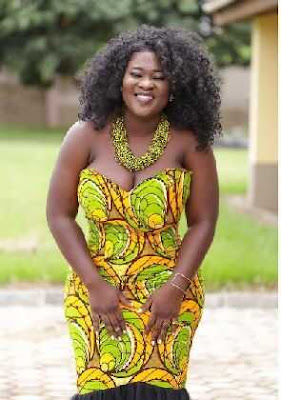 According to her, she is not ready to involve herself in a relationship so the contract is for the two to agree that they are just doing something to have pleasure but not to enter into a relationship afterwards.

Afia added that most guys find it difficult to honour their side of the contract after the sexual encounter but she insists they go by the agreement.

The musician real name Franchesca Duncan Williams explained that most guys decide to be in a relationship with her because she is a person who accepts a situation as it is and is prepared to deal with it accordingly.

“I’ve guys we are not dating but I get intimate with them. The guys fall in love with me after the action but because I’ve made up my mind that I’m not really going to put myself in that tight position, I remind them that it is a contract. We make a verbal contract before everything happens.

I just want the guy to serve my needs but the relationship will be out of the plan. Most guys like real girls and I’m 100% real so that is the reason why they want to be with me after our encounter but I don’t want to lose myself.” she told MzGee.

Talking about the period her contract with the lucky guys last, Sista Afia disclosed, “it all depends on the type of guy”. The professional nurse disposes of the guys “when I feel like they need to be disposed of”.