A man has shocked people by reportedly exchanging his wife for beer inside a beer parlour.

According to reports, a Zimbabwean man got into trouble after exchanging his wife for extra drinks in a beer parlour. 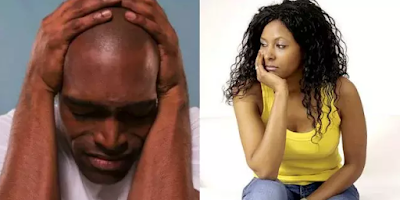 The man identified as Bulala, reportedly has a reputation for loving beer more than he loves his own wife. He shocked

people by allowing a man touch his wife inappropriately, in exchange for more beer.

According to B Metro, Bulala had offered his wife to a man known as Andrew Mali, after he offered to pay for more drinks and meat for him.

Bulala was said to have ignored Mali when he started touching his wife. They had drank from about 4pm to 7pm, before moving on to another beer parlour. He eventually reacted when they got to the bus stop, by stabbing Mali in the face with a broken beer bottle.

Bulala reportedly took his wife and abandoned Mali to bleed out. Mali was taken to the United Bulawayo Hospitals (UBH) where he regained consciousness. Bulala was eventually arrested after police discovered that he was with Mali before he was stabbed.

Bulala pleaded 'not guilty' when he appeared before the magistrate in court.