A Rochester Police Officer, is now under fire for allegedly allowing girls who were bounced from a night club, to twerk on a Police patrol car.

The ladies who were not allowed into Pearl nightclub, Ne York, as one of them wore a tracksuit which violates dress codes for nightclubs, the Police officer allegedly granted their request of twerking on the car, which Chris Barber recorded and posted on Twitter. 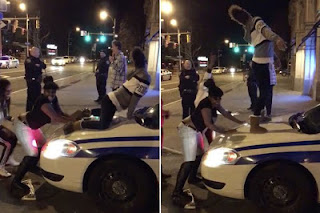 According to Barber, "He [The officer] said, 'I'm going to turn my back real quick,' which is

kind of a way of saying not yes, but not saying no."

Here's what Rochester Police Chief Michael Ciminelli said on ABC 13: "Although the RPD personnel did not intend for this occur, the result was an inappropriate and unacceptable image for the Rochester Police Department." 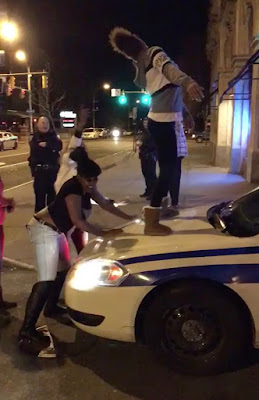