People Told Me I Will Be Nigeria’s Last President – Obasanjo


Former President of Nigeria, Olusegun Obasanjo has revealed that he was told that he will be the last president of the country.

He stated this in a recent interview with journalists in his Hilltop home in Abeokuta. 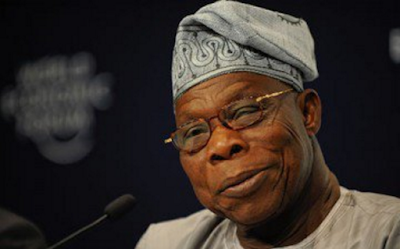 Obasanjo also said the problem with Nigeria was leadership, but insisted there had been progress made since 1999.

He said: “The basic problem is leadership. Look, in 1998. People came to me and said I will be the last president of Nigeria. Why? Because they believed that by the time I finished being president of Nigeria, there would be no Nigeria left. Because we had General Sani Abacha.

“But they turned out to be wrong. I was right. Because after me, we have had Umar Yar’Adua. We have had Goodluck Jonathan. We have had Muhammadu Buhari. So we have had how many years of unbroken democracy? This is the first time we’ll have this stretch. This is the first time in the history of Nigeria as an independent country that we will have peaceful handover from one personality to another in 2007. In the same party. In 2015, from one personality in another. From ruling party to opposition. These are not just easy occurrences.

“So you may say what you like, but we now have a democratic dispensation that has lasted for almost 18 years.”